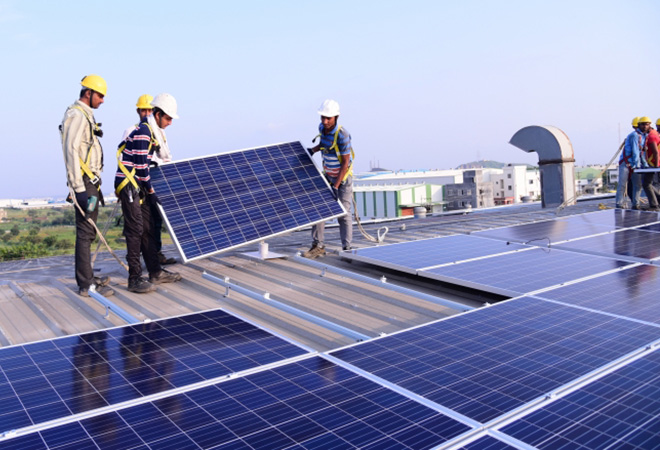 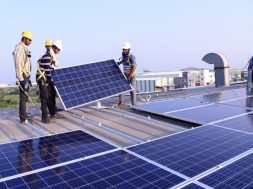 This article is based on the facts and figures since birth of solar industry in the country in 1980’s and its crippled growth in the last 40 years.  As a technocrat involved myself in silicon wafer manufacturing industry in mid 80’s and since then continuing my involvement in solar industry in establishing turnkey module and cell line and module materials, I am turning back the pages to find the cause for this crippled growth and where one went wrong.

Here is the past history of “nipping the bud of poly growth” in the country.( original full news available)

…”the then Director of CSIR C.S.Sidhu,pointed out to the Finance Ministry in late April that at the costs involved, the Hemlock deal made no sense. A cheaper options did become available in the form of technology offered by the German Democratic Republic a 100 tonne plant for no more than Rs.25 Crore. The demand by CEL and BHEL and upcoming Semiconductor complex will not generate demand for poly beyond 100 tonnes”.

Times of India Aug 19, 1984 – US know how for national Silicon Facility

“The Rs.90 Crore National Silicon plant proposed to be set up in Baroda, is expected to start production by early 1988. The Department of Electronics has concluded a technical collaboration agreement with Hemlock Semiconductor Corporation, USA for the 200 Tonne per year capacity plant. The detailed engineering work and procurement and installation of equipment will be done by the public sector Engineers India Ltd. This was supported by the Director of National Chemical Laboratory, Pune”

The Economic Times March 9, 1985 -Proposal to set up silicon facility at Baroda dropped.

….. “The collaboration was challenged by leading Indian scientists* who were against the transfer of technology on the ground that it would become obsolete by the time the complex was ready. Moreover Mettur Chemicals was capable of providing the same technology since it has the capacity to manufacture 2.5 tonnes which can go up to 20 tonnes. Postponement of setting up of the silicon facility has been taken despite a favourable report by the DG of CSIR, Dr. Varadarajan to go with Hemlock deal as the technology developed by Mettur Chemical is preliminary.”

The Indian Solar scenario during above period was – Metkem, Salem ( poly and wafer manufacturer), Siltronics, Hosur (CZ/FZ wafer mfrr), government sectors viz.,CEL,BHEL,BEL,REIL ( cell and Module). In 1990 India produced 1.9 MW module beating China with 0.5 MW production whereas world production was 46 MW. In 2020 we just reached 40 GW and China 253 GW ( world 760 GW). Had India opened the door for Hemlock when they were knocking, we would have made much faster progress in solar value chain. This is first mistake.

My question is – Should it take more than 35 years to realise the need of poly and wafer production in our country? Is it not surprising to note even today that poly and mono technology/process has not changed much except ingot/wafer size increased to 12″ dia whereas there is progressive change in cell technology from 11 to 12 % efficiency in 1990’s to 23 to 24% currently.

Now let us find where one went wrong again.

DNES ( Dept of Non conventional Energy Sources) was established in 1980 which became MNES in 1986 and MNRE in 2006, the first independent ministry in the world to focus on development of Renewable Energy.

Again IREDA was founded in 1987 as second arm to work with MNES. During my tenure at Siltronics, I proposed to the then secretary of MNES to have a consortium of Metkem, Siltronics and another company who had licence to manufacture wafer to support the industry but it was given thumbs down. IREDA would have initiated then to invite technology provider for poly to nurture the 2 young industry who did sow the seed for wafer production to grow as a big tree but both wafer plants dried down.

When module manufacturing capacity was showing upward trend around 2010 and national solar mission was announced, MNRE, the policy making body would have given priority towards establishing base for poly and wafer supply chain in 2010 itself. But in the last 10 years, Chinese suppliers reaped the harvest when sun was shining in our country – by supplying wafers, cells and modules and other module materials. In spite of custom duty, anti dumping duty and trade restrictions the import continued and will continue till locally produced wafer and cell meet the demand of cell/module manufacturers. Here is the second mistake.

Silicon is metallurgical material like Gold, silver,Tin, lead,Aluminium and all these materials are used in the process of silicon wafers for semiconductor chips and solar cells. Solar being National mission, why MNRE and NTPC did not involve the government entities viz., MMTC,NMDC,EIL,ONGC,MECON to invest in production of poly to the solar sector.

When import/trading of oil, gold, Tin, Lead and other minerals is controlled by Government entity, why MMTC did not include polysilicon or wafer in their trade control. The solar industry will collapse if there is no local supply of polysilicon and wafer. Why it took 10 years to announce PLI scheme by IREDA?
Here goes third mistake.

We took 10 years to reach 40 GW installation and new target set for next 10 years is 240 GW which is 24 GW/annum by 2030. With the prevailing situation and disruption in the supply chain and anticipated new custom duty on cells and modules from April 2022, there will be many road blocks to achieve this target. Considering existing module manufacturers numbering above 100 with 12 to 15 GW capacity, 10 GW is already controlled by just 5 to 6 manufacturers.

The upcoming 10 GW under PLI scheme in next 5 years will again benefit the same and new investors to produce poly /wafer/cell for their own module production. In this list are Reliance, Adani, Waree, Goldi Solar and USA based 1366 (Cubic PV) and others who made recent announcement. Hence PLI scheme is red carpet rolled out for big players/investors. Again the wafer and cells will be imported upto 10 GW or more and so we are back to square one. Here is the Illusion part considering the future of existing module manufacturers whose capacity is between 100 and 500 MW.

They may not be able to compete with GW production players and survive for long. Here one can recall the closure of Moser Baer,Indosolar,Titan solar, XL Telecom, ARM, Conergy and few more. Similar situation will be witnessed soon if this industry is in the hand of big players.

With the above background it will be prudent to act in a way that policy makers protect the early players who contributed their part so far to the solar mission to survive along with new investors. In this context my independent views are:

1. Solar mission being national mission, production should not be monopolized in one particular state by few investors. Example – Gujarat and Chennai belt. The ideal model can be Reliance and Mittal Group who announced to invest in solar should set up polysilicon and ingot/wafer manufacturing plant of 15 GW capacity under PLI scheme.

The cell, module, module material and BOS components production should be on decentralized model basis by private sectors and each state should be put a cap on production capacity upto 5 GW. This will make states to participate and contribute to the solar mission by being self reliant to undertake production, create job opportunity and manage utility and rooftop installation within the state. This will be ideal from the point of logistic in supply chain and less dependency on outsourcing modules.

2. By the time country produce sufficient volume of polysilicon and wafer to meet the local demand which may take minimum 2 years, MMTC can act as nodal agency to assess the demand for polysilicon/ingot/wafers and handle its import and distribution for next 3 years by entering into annual contract with renowned manufacturers. This will ensure quality,timely delivery and controlled price of cells/modules in the country to balance the demand and supply.

3. As module life is currently 25 to 30 years, the material quality is very important. Recent observation on degradation of module at the rate of 1% per year as against 0.5% per year is attributed to back sheet quality. Cheap BOMs used by module manufacturers will result in reducing life of module and low output in the long run.

When MNRE has made BIS certification for modules mandatory , it is high time that material specification is also standardized right from wafer to junction box to final size of module. Few examples are – size of wafer/cell, thickness of glass and Al frame, Tin/lead/Silver composition in ribbon and its width, weight/sqm and thickness of EVA, number of Tedlar/PVF layer in backsheet and its total thickness etc., This will also ensure quality and standard BOMs are manufactured in the country .

4. Due to continuous change in cell and module sizes, there is need for new test labs to accord IEC/BIS certification. MNRE can revive by funding ERTL/ETDC labs under STQC Directorate to upgrade their facility to certify modules at nominal charges.

In the initial years, these centers were testing modules but due to entry of UL, TUV and private test houses, their services are not given importance. As these labs are established on PAN India basis and have infrastructure,trained manpower and currently being under- utilized they can generate considerable revenue and reduce the waiting time and load from existing private labs whose certification charges are high. MNRE can recover the cost of investment by sharing the revenue over a period of time.

5. R&D is lacking in solar and this should be nurtured by MNRE by upgrading NSIEsetting up exclusive lab on the lines of NREL, SERI, Fraunhofer with partnership with them. Such lab will help in assessing and qualifying wafer, cell, module and materials produced locally and provide feedback to industry.

6. Many of central and state govt owned factories are sick and not in operation but has infrastructure with power and water which are ideal to put up wafer and cell factory with additional utilities. These can be leased out to investors for atleast 10 years. This will save project time and project cost upto 30%. Example, ITI, HMT located in Bangalore and other states.

7. BHEL,REIL,CEL and BEL were the first entrants in solar and it is disappointing to note that they could not make headway either in capacity or technology even after 35 years. The tendering procedure and manpower spent by these companies will cost them more to the exchequer than savings they realise by ordering on L1 vendor.

MNRE would have appointed an independent agency to procure the wafer, cell and module materials on contract basis from vendor and distributed to these government units and monitored their growth. This would have resulted in standardization and uniform quality, prompt delivery of BOMs and continuous production. Even now it is not too late for MNRE to act in this manner and IREDA should give priority and special consideration to the above under PLI scheme to expand their cell and module production line upto 1 GW each as they already have basic infrastructure.

8. TERI report titled “Solar PF manufacturing in India” dt 7 Aug 2019 is comprehensive with recommendations to implement solar value chain in phased manner from “ingot growing to module manufacturing and not to venture into production of MG Silicon which is further purified to polysilicon”.

9. It is rightly said ” better late than never” and IREDA PLI scheme should help the Indian solar industry to manufacture new wafer size and high efficiency cells to compete with International players. The successful bidders under PLI scheme when start their production should sell minimum 50% of their produce to local module manufacturers at price better than landed price of imported materials so as to discourage imports. There should be a clause by IREDA to this effect. This will lead to harmonious growth of solar industry where big brothers hold the hand of small brothers to walk together.