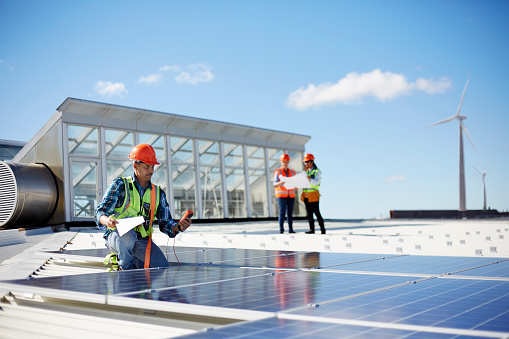 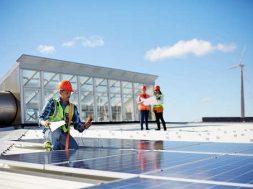 Total value of solar photovoltaic cells or solar cells imports, whether or not assembled in module or panel, stood at $1,525.8 million for the April-December period of FY20

“The solar panels or modules imported from China are generally cheaper than those produced by domestic manufacturers,” Singh said.

Total value of solar photovoltaic cells or solar cells imports, whether or not assembled in module or panel, stood at $1,525.8 million for the April-December period of FY20.

Chinese firms supply about 80 per cent of solar cells and modules to India.

The minister on Wednesday said that India’s solar power industry was under no compulsion to import solar cells or modules from China following the coronavirus outbreak. And added that they were free to meet their requirements either from the domestic market or alternative sources.

“The government has already clarified that disruption of supply chains due to spread of coronavirus in China or any other country should be considered as a case of natural calamity and force majeure clause may be invoked, wherever considered appropriate, following the due procedure,” Singh had said.

The ministry last month had decided to give extra time for the commissioning of power projects that face delays due to the virus outbreak in China.

India, which is highly import dependent on China for the supply of solar equipment, is reeling under the shadow of the coronavirus outbreak. It has disrupted production and transport of key equipment imported for use in solar power plants in India and is likely to jack up the prices of solar power, the Confederation of Indian Industry had told the government last month.

tags: China India Solar Cells Solar Power
0
previous Initiation of Review Investigation for continued imposition of Safeguard Duty on imports of “Solar Cells whether or not assembled in modules or panels” into India
next Stable outlook for solar, negative for wind energy in 2020-21