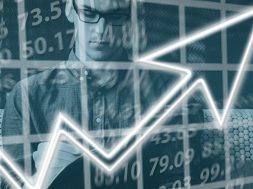 he renewable energy ministry has continuously failed to achieve its yearly targets of clean energy capacity addition, which may hamper the mission of having 175 GW of renewables by 2022, said a Parliamentary panel. The Parliamentary Standing Committee on Energy has also asked the ministry to take up the issue of ambiguity and disputes related to GST on renewable energy devices with the finance ministry at the earliest.

This is the panel’s first report, which was tabled in Parliament on Friday. The committee observed “with deep concern that the ministry has continuously failed to achieve its yearly target (of renewable capacity addition). For 2016-17 and 2017-18, against the grid connected renewable energy target of 16,569 MW and 14,445 MW, the ministry could achieve 11,319.75MW and 11,876.82 MW respectively.”

The panel was of the view that “year-on-year shortfall in achievement of targets may hamper the entire mission of achieving 175GW (of renewables) by 2022, which in turn reflects poorly upon the commitment and sincerity of the MNRE (Ministry of New and Renewable Energy).” It noted that physical achievement in respect to family type biogas plant is also not up to the mark.

On the issue of GST on renewable devices, it noted that there are lot of disputes and ambiguities regarding applicable rate of GST on solar power generating system. The panel is of the opinion that “this prevailing ambiguity regarding applicable rate of GST is not healthy for the renewable energy sector as renewable energy devices and spare parts have been kept in 5 per cent GST slab whereas the effective rate has come out to be about 9 per cent.”

The committee thinks that such a situation will lead to increase in generation cost and pose a threat to the viability of the ongoing projects, ultimately hampering achievement of the targets. It wants the ministry to take up this matter with the Ministry of Finance on urgent basis.

The panel also noted that banks are reluctant to finance renewable projects as there are lot of bad loans or NPAs in power sector and at present, both conventional power sector and renewable energy sector are clubbed together for their loan basket. It also noted that about Rs 9,700 crore dues are owed by states and discoms towards renewable energy developers or generators. If the same is not paid back, many of the solar and wind project will turn into non-performing assets.

The committee is of the view that the renewable energy ministry hold discussions with state governments and come up with guidelines or directives, so as to ensure timely payment from discoms to developers or generators. The panel also wants that the bank should separate loan basket and limit of renewable energy sector from that of conventional power sector.

It has also recommended simplification of the process of subsidy disbursement and wide publicity of benefits of having rooftop solar projects and the incentives. It noted that India achieved 1826MW of rooftop solar capacity till October 15, 2019. India has set a target of achieving 40GW of rooftop solar power generation capacity by 2022.

The panel said,”There should have been an installed rooftop solar power capacity of 16,000 MW by 2018-19…the committee is highly disappointed with the dismal performance of the ministry in this sector….give this programme a serious relook, otherwise it will derail the entire National Solar Mission.” The panel also suggested to formulate a dedicated programme to support solar manufacturing in the country.

It noted that the price of solar equipment in the country is not competitive as compared to foreign manufacturers especially Chinese. About 85 per cent of the solar equipment/cells/modules are imported from China and other countries like Vietnam and Malaysia.

The panel also pointed towards decrease in budgetary allocation at revised estimates stage to the ministry and low utilisation of even decreased allocation of funds. It was of the view that this reflects poor financial planning by the ministry.