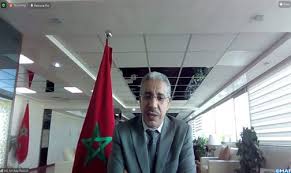 Morocco is set to further grow as a leading force in the field of green and renewable energies.

Rabbah celebrated Morocco’s efforts in the field of green energy during a virtual ministerial meeting, as part of the 11th Assembly of the International Renewable Energy Agency (IRENA).

The minister underlined a series of government initiatives relating to research and scientific developments in the field of renewable energy and green hydrogen. These include the creation in 2019 of a National Hydrogen Commission and the development of a national roadmap for hydrogen energy, among others.

During the session, Rabbah stressed the need for international cooperation in green hydrogen. He called for an exchange of expertise and technologies with European countries to boost innovative developments.

Rabbah reiterated Morocco’s commitment to climate protection and reduction of greenhouse gas emissions. Green hydrogen is central in the fight against global warming and in accelerating Morocco’s energy transition, he added.

The energy minister also gave an overview of renewable energy programs in Morocco and their socio-economic impact. These notably include Morocco’s Noor solar program, launched in 2009, which intends to source a minimum of 2,000 megawatts (MW) from national solar facilities. The Noor Ouarzazate solar complex is the largest concentrated solar power station in the world.

Morocco has become a leading force both continentally and worldwide in the field of renewable and green energies.

The North African country ramped up efforts over the past decade to achieve its climate objectives. The country invested over MAD 52 billion ($5.65 billion) in the field over the last 10 years.

Morocco seeks to align with international agreements and initiatives to combat climate change and its consequences, with the goal to source 52% of its energy from renewables by 2030.

Research shows Morocco has potential to become a self-sufficient producer of electricity. According to a report by Morocco’s Economic, Social, and Environmental Council published in 2020, Morocco could produce 96% of its electricity using renewable sources by 2050 if the country implements a strategy to accelerate the energy transition.

The country is also working on consolidating the national electricity transmission and distribution network across Morocco.

Over the past 20 years, Morocco has succeeded in increasing its electricity services from covering 20% of the population to reaching 98%.

Morocco will mobilize MAD 6 billion ($600 million) by 2023 to consolidate its network which will place the renewable capacity at 2,600 MW.