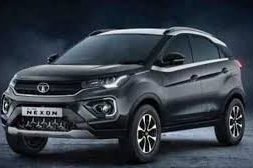 The energy storage market for off-grid renewable energy in India would be worth Rs 16,500 crore by 2022, according to a report released by the Council on Energy, Environment and Water (CEEW) during the Solar India Expo 2017. CEEW, the policy and research partner for Solar India 2017, shared the key findings of the analysis at the Expo. “Rooftop solar will itself account for 80 per cent of the total energy storage market for off-grid renewables and will be worth INR 130 billion (USD 2 billion) in 2022,” the report said. The report adds that the Ministry of New and Renewable Energy’s target to install 10,000 micro-grid or 500 megawatt (MW) of micro and mini-grids will offer an additional opportunity to the tune of Rs 3,300 crore for battery manufacturers. ”Batteries are a critical component of micro/mini-grid systems, since 100 per cent backup is often required to supply electricity to rural households during evening hours,” the report noted.

The analysis provides an overview of the current Indian energy storage market for off-grid solar segment, examining multiple storage technologies under development and assessing opportunities arising due to rapid adoption of off-grid renewable energy. “Though a number of projects for grid-connected storage are being called for, the markets that are served poorly by the existing grid – mobile towers in remote locations, petrol pumps, ATMs are easy pickings for storage systems to cater,” said Dr Arunabha Ghosh, Chief Executive Officer, CEEW.

According to CEEW, higher cost of energy storage solutions limits rooftop solar system installation to cater to base load. “Solar PV systems with energy storage could be a potential replacement to existing diesel generators and it would also save about Rs 4-5 per unit of electricity, compared to diesel, for industrial and commercial consumers,” the report said. CEEW’s analysis finds that advanced battery technologies could support rapid deployment of rooftop solar installations in the commercial and industrial segment.