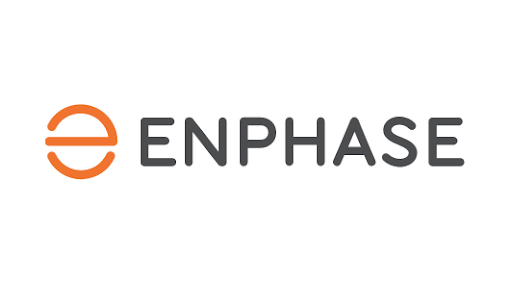 FREMONT, Calif. : Enphase Energy, Inc. a global energy technology company and the world’s leading supplier of microinverter-based solar and battery systems, announced today financial results for the first quarter of 2022, which included the summary below from its President and CEO, Badri Kothandaraman.

Financial highlights for the first quarter of 2022 are listed below.

Our revenue and earnings for the first quarter of 2022 are provided below, compared with those of the prior quarter and the year ago quarter:

Shipments of IQ8™ Microinverters continued to ramp strongly in the first quarter of 2022. IQ8 Microinverters can form a microgrid during a power outage using only sunlight, providing backup power even without a battery. IQ8’s grid-forming technology eliminates traditional ratio requirements between solar system size and battery size. And, with our Sunlight Jump Start™ feature, IQ8 Microinverters can restart a home energy system using sunlight only after prolonged grid outages that may result in a fully depleted battery.

Shipments of IQ™ Batteries increased to 120.4 megawatt hours in the first quarter of 2022, compared to 100.2 megawatt hours in the fourth quarter of 2021. We shipped batteries to the U.S., Germany, and Belgium during the first quarter, and continued to make several updates to improve the installer and homeowner experience. We now have more than 1,300 installers in the U.S. that are certified to install our batteries.

In March of 2022, we acquired SolarLeadFactory LLC, which provides high-quality leads to solar installers in the U.S. Our objective is to substantially increase lead volumes and improve conversion rates to drive down the customer acquisition costs for our installers. This was our fourth acquisition to strengthen the installer platform, with the prior acquisitions focused on solar design and proposal software, permitting services, and operations and maintenance (O&M) software. We aim to create an end-to-end installer platform to simplify installers’ lives by reducing soft costs and manual processes.

On March 21, 2022, Enphase Energy announced that installers in Spain have seen an increase in deployments of residential solar energy systems, powered by IQ7+™ and IQ7A™ Microinverters. Residential solar deployments in Spain are growing exponentially as favorable regulatory developments and high electricity prices are motivating homeowners to make the switch to a more sustainable clean energy generation.

On March 28, 2022, Enphase Energy announced that Vermont-based utility Green Mountain Power (GMP) will offer Enphase® Energy Systems to its customers in a cutting-edge battery lease grid services pilot program. Homeowners can also enroll in GMP’s “Bring Your Own Device” grid services program, which enables customers with their own Enphase Energy Systems to participate and earn an up-front incentive.

On April 4, 2022, Enphase Energy announced it has expanded its nearly 15-year relationship with global diversified manufacturer Flex®. Starting in the first quarter of 2023, Flex’s factory in Timisoara, Romania will begin manufacturing Enphase microinverters for the European market, addressing the region’s rapid growth and demand for residential solar due to rising energy prices and the increased adoption of electric vehicles and heat pump technology.

On April 11, 2022, Enphase Energy announced the launch of its EIN in France. The EIN is a network of highly experienced installers that have a proven track-record of delivering exceptional homeowner experiences using Enphase products.

For the second quarter of 2022, Enphase Energy estimates both GAAP and non-GAAP financial results as follows:

Enphase Energy, a global energy technology company based in Fremont, CA, is the world’s leading supplier of microinverter-based solar and battery systems that enable people to harness the sun to make, use, save, and sell their own power—and control it all with a smart mobile app. The company revolutionized the solar industry with its microinverter-based technology and builds all-in-one solar, battery, and software solutions. Enphase has shipped more than 45 million microinverters, and over 2.0 million Enphase-based systems have been deployed in more than 135 countries