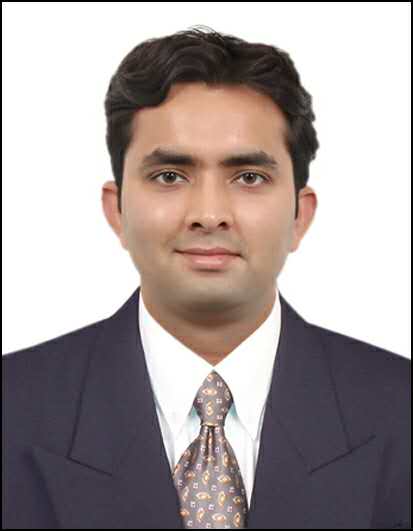 According to Pradeep Kumar- Director of Business at LONGi Solar, the solar power segment in India is witnessing a rapid uptake of higher efficiency technologies like monocrystalline. A strong supporter of this technology transition, Kumar comes with a professional experience with electrical industry giants like Crompton Greaves and Raychem RPG. He worked for four years with Sungrow, before joining LONGi  in December 2019. In his current role, he oversees business development and contracts with large IPPs & EPCs across India and Sri Lanka. With over a decade of experience, he has a strong understanding of the solar supply chain dynamics in India as well as the associated regulations. Amidst the uncertainties pertaining to basic customs and safeguard duties, and ALMM processes, Kumar is driving the team to achieve the highest market share in the country. In this interview, Kumar talks about the ongoing transition towards monocrystalline modules, and bifacial in near future.

How has been Longi’s journey in the Indian solar market?

Longi has been in the Indian solar industry for the past four years. In the early years we did not have a big team in the country. The situation has now changed and the solar market in general has shown a growing preference for the LONGi Hi-MO 4 module with M6 wafer (166mm). We have a full-fledged team now to handle a large portfolio of projects. The total deployment of our modules so far has been around 1.25 GW. This capacity is already operational and all our customers are extremely happy with the performance and service of our products. Now we are signing up for larger contracts. We aim to be number one  in India by end of year 2020, targeting atleast4 GW of business by catering to most of the module requirements for esteemed projects to be executed by top project developers in India. We have already booked orders for 2.6 GW in the initial two months of calender year 2020, primarily for dispatches in Q3 and Q4. India is a very strategic and promising market for us and we hope to do good business here in coming years.

What has been the penetration of monocrystalline technology in this market?

Indian EPCs and developers have started deploying modules made using monocystalline technology for most of their upcoming projects. Higher efficiency with lower degradation levels, combined with other advantages have made this technology the most reliable and feasible solution for all big projects in India and across the globe. We are now signing contracts for the supply of mono PERC modules for very large projects  with top developers and EPCs in India. The market size for this technology can be gauged from the fact that if 10 GW of solar capacity will be deployed in India in the year 2020, we feel around 7-8 GW will be based on monocrystalline technology. In reality, it might be even more.

What is LONGi’s plan to manufacture modules in India?

LONGi has a strong manufacturing presence in China across the PV manufacturing value chain, right from ingots and wafers to cells and modules. We also have very aggressive plans for manufacturing modules in India and have been exploring all possible business models to do so. We have short listed two strategies so far and will soon decide which one is the most feasible option for us. So, you may hear a big announcement from LONGi shortly once we finalise the right option. The intention is clear that we want to set up a factory in India, be it directly or through a joint venture. As we see that the future for solar is very bright for India, setting up a factory here will definitely help us to diversify capacities and help us in catering to the module requirements of India and other potential regions across the globe.

What is the module price guideline for the next few quarters?

There are two major PV technologies in India currently. Polycrystalline – which is the most widely adopted, and monocrystalline- which is fast gaining traction. There exists a price difference between the two technologies. Monocrystalline technology continues to charge a premium over polycrystalline due to higher generation and better reliability offered by the former. We will continue to have a competitive pricing strategy for India.

Beyond monocrystalline, what is the PV technology outlook in India?

Technology outlook depends a lot on its acceptance in the Indian market. Bifacial, by all standards is a better product compared to monofacial modules. The only challenge for bifacial pertains to economies of scale – the more the volume, the better will be its pricing and suitability for a project. In the initial stage, a few developers are accepting a small risk of taking a trial of this technology which we have already been discussing with them. Some developers are already deploying our bifacial modules for a smaller volume of their projects, which is a positive sign. Once these trials are completed, the difference between mono and bifacial will be evident. In markets like Middle East, the sector has already shifted to bifacial as it is highly successful in their natural conditions. We are hopeful that Indian solar market will also shift to bifacial technology on a large scale by 2021.

What are your views on customs duty and safeguard duties imposed by the government?

There is not much clarity on what has been the government’s intent – whether it is about imposing Basic customs duty (BCD) or about the continuation of safeguard duties after August 1, 2020. We expect clarity as well as uniformity on these from the government. We are hoping for fair play – if basic customs duty is imposed on any manufacturer, it should be uniform across Indian and foreign manufacturers. This will promote healthy competition in the market -purely based on the capacities and capabilities of the manufacturers.  It has to be a strategic call by the government. As far as safeguard duties are concerned, they will most likely be removed this year.

What are the other key issues faced by solar manufacturers?

There are not many significant hurdles but we certainly need clarity regarding BIS certification norms and MNRE’s decision to enlist models and manufacturers on the Approved List of Models and Manufacturers (ALMM). We are happy to be a part of such processes that is being implemented; the only expectation is to have early clarity on these processes because it has a direct impact on the pace of project implementation. This in turn will not just affect solar revenue generation but also the orderbook of manufacturers as developers will need to postpone the contracts to comply with the new regulations.

Another challenge pertains to the sudden increase in modules demand for projects that got postponed due to PPA issues in states like Andhra Pradesh and Telangana as well as those that were lined up for commissioning in the quarters ended September and December. It is estimated that atleast 5-6 GW of modules will be coming to Indian ports between June – December 2020. This will create a big rush for clearances at the ports and inland logistics, which we feel is going to pose a challenge for the manufacturers as few developers might decide to delay the shipments to avoid this congestion. If there exists such delay, it will hit the revenues of module manufacturers and also create an imbalance in demand and supply forecasts.

What is LONGi’s share in the utility and rooftop solar segments in India?

LONGi has been strategically growing its base in India. Until last year, we were not very aggressive as polycrystalline was a dominant technology. Acceptance of monocrystalline technology has picked up tremendously this year and we are set to scale up our market share. In 2020, we expect to have 30 per cent market share in the utility-scale segment and between 10-15 per cent in the distributed solar space (including rooftop).

How has the competitive landscape for mono PERC emerged in India?

In India, our key competitors for monocrystalline technology are Jinko Solar, Ja Solar and Trina Solar. A few domestic manufacturers are also producing monocrystalline modules but their scale of production is too small in comparison. As of now, there exists a healthy competition for mono PERC in India.

What opportunity do you see in niche segments such as floating and hybrid solar?

We have been in discussions for a 70 MW floating solar project coming up in India. The potential for such projects is big in India but their implementation is not so easy. The technology for floating solar projects is mostly imported from countries like China or Spain and the on-ground issues in India are different from those countries. It is just the initial phase and the technology might get proven by next year. Once that happens, the floating market is likely to pick up as the potential is huge and issues like land constraints do not apply to this segment.

As far as modules are concerned, we have a substantial advantage in this space as LONGi has worked on a number of floating solar projects globally. We have supplied modules for the biggest floating solar project (150 MW) in China which was developed by Sungrow. We can bring in that experience on board and share it with local developers in India.

In the hybrid projects space, there seems to be a lot of development. Many large-scale developers are working in this space on solar-wind projects as well as storage-based set ups. The government is pushing this segment and hence we see a significant opportunity in this market in the coming days. We will be supporting such projects both technically as well as in terms of high quality equipment supply and good service.

What are the new markets that LONGi is focusing on besides India?

Middle East and Africa are the new focus areas for LONGi and a lot of manpower is being recruited for conducting business in this region. Middle East is emerging as a promising market with some very large-scale tenders coming up in the region. LONGi is already working closely with the key developers in the region.

What is LONGi’s outlook for the Indian solar market?

Indian solar market is very promising for a manufacturer like us and will remain a key focus area. We have a clear intent of being invested in this market and are thus exploring the opportunity of setting up a manufacturing base here. We are here in this market for the long run and would be very happy to contribute to the renewable energy mission set by the Indian government.

tags: EQ floating Hybrid Solar Indian solar market Interview LONGi Pradeep Kumar
0
previous Toyobo to practicalize power-generating material for organic photovoltaics with world’s top-level conversion efficiency under room light
next Ministry Of Power : Regarding the appeal of the Prime Minister to the people to voluntarily switch off their lights 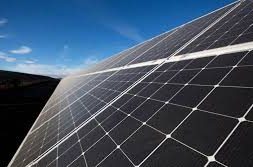