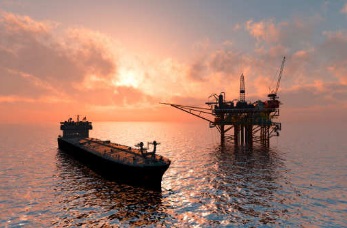 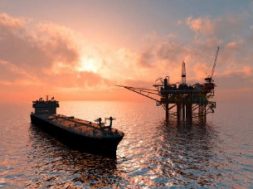 While 2018 saw another sharp pick up in renewable power, continued growth in oil, gas and coal meant that overall, the world’s energy mix remained “depressingly” flat

And while 2018 saw another sharp pick up in renewable power such as wind and solar, continued growth in oil, gas and coal consumption meant that overall, the world’s energy mix remained “depressingly” flat, BP Chief Economist Spencer Dale said in the company’s benchmark 2019 Statistical Review of World Energy.

The 2.9% rise in energy demand in 2018, the fastest rate since 2010, deals a blow to global efforts to meet the 2015 U.N.-backed Paris climate agreement to limit global warming by sharply reducing carbon emissions by the end of the century.

China, India and the United States accounted for around two-thirds of the growth in energy demand. In the United States, demand rose by 3.5%, the fastest rate in 30 years following a decade of declines.

And as energy consumption grew, greenhouse gas emissions caused by burning of fossil fuels, which account for around two-thirds of total emissions, rose last year by 2%.

“It’s clear we’re on an unstable path with carbon emissions rising at their fastest rate since 2011,” Dale said in a briefing ahead of the release of the report.

London-based BP and its rival oil and gas companies have faced growing pressure from investors and climate activists to meet the Paris climate change goals.

Earlier this year, BP agreed to increase its disclosure on emissions, set targets to reduce them and show how future investments meet the Paris goals. But investors and activists say it needs to do more.

Energy consumption has historically been closely linked to economic growth.

But while global economic activity cooled last year, energy demand growth was driven by a sharp increase in abnormally hot and cold days around the world, particularly in China, the United States and India, which in turn led consumers to use more energy for cooling and heating.

Parts of the northern hemisphere were hit by freezing cold weather fronts last winter, only to face record temperatures in summer that resulted in vast fires and droughts.

In the United States, the combined number of heating and cooling days was the highest since the 1950s, BP said.

“There is a growing mismatch between societal demands for action on climate change and the actual pace of progress,” Dale said.

The BP review showed an increase in oil and gas production, driven largely by a break-neck expansion of U.S. shale output.

While OPEC, Russia and other producers continue to cut back oil production in an effort to boost prices, U.S. drillers are rapidly increasing output, particularly from the prolific Permian basin in west Texas and New Mexico.

The U.S. boom also accounted for nearly half of an unprecedented increase in global natural gas supplies, which increased by 5% in 2018.

The increase in U.S. oil and gas production was the largest-ever annual increase by any country, BP said.

Renewable energy grew by 14.5%, nearing the record increase in 2017. The share of renewables in power generation nevertheless remained mostly unchanged, accounting for around one third.

tags: climate goals
7
previous Waste-to-energy: Why a Rs 10,000 crore industry is facing issues
next International action can scale up hydrogen to make it a key part of a clean and secure energy future, according to new IEA report