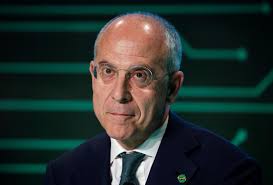 MILAN : Europe needs to develop a green hydrogen industry jointly, as it did with the Airbus AIR.PA project, if it is to become a competitive business, the head of Europe’s biggest utility Enel ENEI.MI said on Tuesday.

“Alliances between two or three countries won’t work, it needs to have a European dimension,” Enel Chief Executive Francesco Starace said at an energy conference.

The European Commission is looking to scale up renewable hydrogen projects across polluting sectors from chemicals to steel in an effort to meet the EU’s net-zero emissions goal by 2050.

The priority is to develop green hydrogen produced from wind and solar power by using devices called electrolysers and deploy it in sectors hard to decarbonise or where electrification is difficult.

But critics fear it will prove too expensive for mass usage.

Starace said to be competitive green hydrogen needed renewable energy costs to be around $40-50 per megawatt hour, as was already the case, and electrolysers to cost six times less.

“We are convinced that in 3-5 years (the 6-fold fall in electrolysers) will happen,” he said, adding demand would allow scale.

Enel, one of the world’s biggest renewable energy companies, is set to launch a new green hydrogen business next year to speed up its plans to become a carbon-free power producer by 2050.