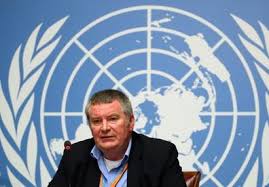 PARIS: European spot electricity prices for day-ahead delivery rose on Thursday on the back of a slump in wind and solar generation, while year-ahead contracts climbed, tracking a rise in carbon, coal and gas futures.

* Electricity generation from German wind turbines is expected to dip by 610 megawatts (MW)to 19.6 gigawatts (GW) on Friday, according to Refinitiv Eikon data.

* On the demand side, power consumption in Germany is expected to ease ahead of the weekend in Germany by 1.3 MW day-on-day to 67 GW on Friday.

* French power consumption will fall by 3.3 GW to 50.7 GW in the same period, the Refinitiv data showed.

* The equivalent French year-ahead baseload position was up 1.6% at 39.90 euros/MWh.