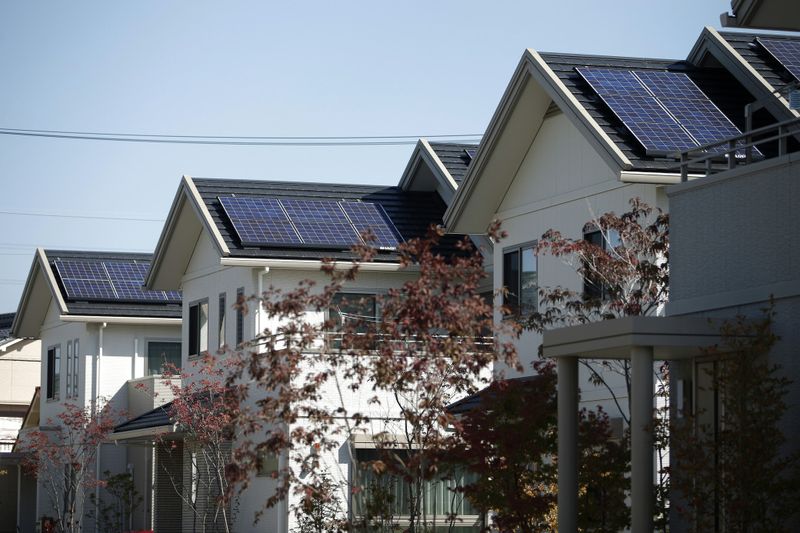 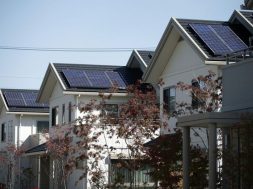 Japan seeks to add more solar power in a bid to achieve its ambitious 2030 emissions reduction goal, which could eventually lead to every building, parking lot and farm in the densely populated nation being fitted with rooftop panels.

The world’s third-biggest economy aims to have 108 gigawatts of solar capacity online by 2030, about 1.7 times higher than the nation’s previous target and 20 gigawatts more than the current pace of additions, according to presentations from the nation’s environment and trade ministries.

The new target comes after Japan said earlier this year that it would reduce its greenhouse gas emissions 46% by 2030 compared with 2013, strengthening a previous commitment under the Paris Agreement.

The country, which is roughly as big as California but with three times the population, is studying how to lower its dependence on dirty fossil fuels as it grapples with limited available space and a large anti-nuclear contingent. But it has a long way to go to wean itself off coal and natural gas, which is used to generate more than 70% of its electricity.

Japan is already the world’s leader in terms of solar capacity per square kilometers, and there is limited land to add large-scale projects. That leaves the nation needing to increase so-called distributed solar generation, which are small-scale panels on top of buildings or farms. 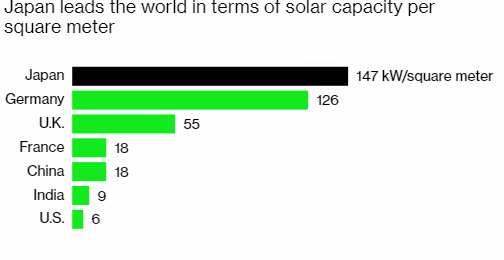 50% of central government and municipality buildings will have solar panels, which will add 6 gigawatts

Boosting the use of solar on corporate buildings, parking garages, which will add 10 gigawatts

Adding 4 gigawatts in public land and promotion areas in 1,000 cities and towns

The Ministry of Economy, Trade and Industry, which is currently revising the nation’s energy mix targets, held a panel meeting on Tuesday to discuss the 2030 solar goal. Yomiuri first reported the revised solar power target earlier on Tuesday.

Japan may require as much as 370 gigawatts of solar capacity by 2050 to zero-out carbon emissions, the nation’s trade ministry said in May, citing an analysis by the Central Research Institute of Electric Power Industry, a foundation that researches the country’s electric power industry. That is more than a five-fold increase from today’s levels.

In order to hit that goal, every house and apartment building built in and after 2040 will need to have a solar panel installed, according to the ministry. Furthermore, most farms must each have 100 kilowatts worth of solar capacity, and the nation will have to find room for dozens of new mega-solar projects in each municipality, according to the analysis.

Japan’s government plans to expand the types of land that can cheaply install solar panels, while also developing technology to allow panels to operate in intervals over farmland so that crops can keep growing.

While it is possible for all newly built households to include solar panels, it will be more difficult with existing buildings, according to Takeo Kikkawa, a professor at International University of Japan.

Roughly 35% of existing residential buildings have earthquake shock resistance measures that makes it challenging to install panels, according to the Ministry of Economy, Trade and Industry.

Also, Japan has some of the highest solar-panel costs in the world, making it challenging for households to pay for installations unless they get more support from the government.

Other fossil fuel-addicted countries in North Asia are also concocting plans to increase rooftop solar generation, an untapped resource that is becoming more viable as costs continue to fall.

China has started a pilot for distributed rooftop solar on government buildings, while residential installations in Australia have boomed on the back of simple financing options.