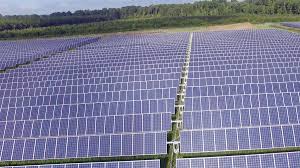 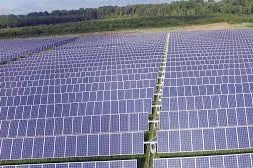 AULANDER, N.C.: Fifth Third Bancorp today officially marked the opening of the Aulander Holloman Solar Facility in Hertford County, North Carolina. Built by solar developer SunEnergy1, the facility is expected to generate clean power that is more than or equal to the amount Fifth Third uses in a year, enough to eliminate 143,000 metric tons of greenhouse gases and power 25,000 homes.

The Aulander Holloman Solar Facility was developed as a result of the virtual power purchase agreement (PPA) Fifth Third announced in March 2018. The agreement was designed to get Fifth Third to 100% renewable power, one of its five bold goals for environmental sustainability to be met by 2022. Fifth Third is now set to achieve that goal three years ahead of schedule.

“We are extremely proud to be the first Fortune 500 Company to power up a single, solar project that will achieve 100% renewable power,” said Greg D. Carmichael, chairman, president & CEO, Fifth Third Bancorp. “This is another example of our commitment to improving lives and doing what’s best for our communities and planet—today and into the future. This project enables us to contribute positively to the economy of one of our key market states in a way that strengthens Fifth Third Bank’s performance and reaffirms for our stakeholders that we ‘do well by doing good.’”

The PPA facilitated the construction of the solar field by guaranteeing a fixed price for the electricity it generates, thereby enabling SunEnergy1 to secure funding and begin construction. The electricity generated by the facility is expected to be an amount equal to or more than the amount Fifth Third uses in one year and will be resold at market rates into the local electricity grid. Fifth Third will retire the renewable energy credits (RECs) from the project and achieve 100% renewable energy.

“Fifth Third is making history,” said Amy Davidsen, Executive Director – North America, The Climate Group, which runs the global RE100 initiative for influential companies committed to 100% renewable electricity. “They were the first member company to contract for 100% solar power and are demonstrating that renewables make business sense. By adding clean power to America’s electricity grid, they’re accelerating a cleaner future for us all – and leading the way for other companies to follow suit.”

The Aulander Holloman Solar Facility is one of the largest solar projects in the United States. The system includes more than 350,000 solar panels using single-axis tracking systems and more than 2,000 inverters and related subsystems. It is rated at 80 MW AC, which measures how much power the project can send to the electric power grid at any given time. The facility consists of roughly 120 MW DC of solar panels enabling the project to generate approximately 202,000 megawatt hours (MWh) of electricity per year. The panels were installed over 1,400 acres in Hertford County, North Carolina, one of Fifth Third’s key market states. The solar facility enables benefits beyond the environment. SunEnergy1 employed approximately 1,000 workers during construction and contributed tens of millions of dollars to the tax base in Hertford County, resulting in additional tax revenue to the county.

“Fifth Third is a prime example of what can be accomplished when corporations make ambitious commitments to clean energy,” said Miranda Ballentine, chief executive officer of the Renewable Energy Buyers Alliance (REBA). “Fifth Third is poised to achieve its goal to purchase 100% renewable power three years ahead of schedule. The Aulander Holloman Solar Facility was made possible through the team’s collaborative approach to power purchase agreements and will lead to the generation of a significant amount of clean power. REBA is thrilled that Fifth Third Bank—which has also achieved its goal to reduce greenhouse gas emissions by 25% by 2022—is a part of its membership and is driving towards our vision of a prosperous, zero-carbon energy future.

Fifth Third was assisted in the selection and execution of the power purchase agreement by Schneider Electric’s Energy & Sustainability Services.

Visit 53.com to learn more about how Sustainability can be done “a Fifth Third better.”

Fifth Third Bancorp is a diversified financial services company headquartered in Cincinnati, Ohio and the indirect parent company of Fifth Third Bank, an Ohio-chartered bank. As of June 30, 2019, Fifth Third had $169 billion in assets and operated 1,207 full-service Banking Centers and 2,551 ATMs with Fifth Third branding in Ohio, Kentucky, Indiana, Michigan, Illinois, Florida, Tennessee, West Virginia, Georgia and North Carolina. In total, Fifth Third provides its customers with access to approximately 53,000 fee-free ATMs across the United States. Fifth Third operates four main businesses: Commercial Banking, Branch Banking, Consumer Lending and Wealth & Asset Management. Fifth Third is among the largest money managers in the Midwest and, as of June 30, 2019, had $399 billion in assets under care, of which it managed $46 billion for individuals, corporations and not-for-profit organizations through its Trust and Registered Investment Advisory businesses. Investor information and press releases can be viewed at www.53.com. Fifth Third’s common stock is traded on the Nasdaq® Global Select Market under the symbol “FITB.” Fifth Third Bank was established in 1858. Deposit and Credit products are offered by Fifth Third Bank. Member FDIC.

SunEnergy1 is a top five U.S. solar developer, owner and operator of utility- scale solar projects with over 1GW installed. The company has pioneered large-scale solar power on the East Coast for nearly a decade, developing numerous record-breaking solar projects in the region. SunEnergy1 is vertically integrated and controls all stages of a solar project in-house, creating affordable, low risk, quality solar power facilities for corporate, institutional and utility partners. SunEnergy1 has one of the largest solar development pipelines in the United States with a 4GW pipeline of solar-ready development sites, over 300 pieces of construction equipment, and over 350MW of owned solar facilities. For more information about SunEnergy1, please visit www.sunenergy1.com.

Led by The Climate Group in partnership with CDP, RE100 is a collaborative initiative bringing together the world’s most influential businesses committed to 100% renewable power. Renewables are a smart business decision, providing greater control over energy costs and a competitive edge, while helping companies to deliver on emission reduction goals. RE100 members, including Global Fortune 500 companies, have a total revenue of over US$2.75 trillion and operate in a diverse range of sectors – from Information Technology and financial services to pharmaceuticals and automobile manufacturing. Together, they represent more than 160TWh of renewable electricity demand and send a powerful signal to policymakers and investors to accelerate the transition to a zero-emissions economy. Visit RE100.org and follow us on Twitter @theRE100 #RE100.

REBA is an alliance of large clean energy buyers, developers and service providers that, together with NGO partners, are unlocking the marketplace for all nonresidential energy buyers to lead a rapid transition to a cleaner, prosperous, zero-carbon energy future. Since 2014, the REBA community has grown to over 200 large energy buyers, and over 150 clean energy developers and service providers. Participants in the REBA community have been a part of 95% of all large-scale US corporate renewable energy deals to date. With dedicated expertise from four successful nonprofit programs that have helped organizations break through barriers in renewable energy procurement in recent years, REBA’s goal is to catalyze 60 gigawatts (GW) of new renewable energy by 2025, and expand the number of organizations buying clean power from dozens today to tens of thousands.

Schneider Electric is leading the Digital Transformation of Energy Management and Automation in Homes, Buildings, Data Centers, Infrastructure and Industries. With global presence in over 100 countries, Schneider is the undisputable leader in Power Management – Medium Voltage, Low Voltage and Secure Power, and in Automation Systems. We provide integrated efficiency solutions, combining energy, automation and software. In our global Ecosystem, we collaborate with the largest Partner, Integrator and Developer Community on our Open Platform to deliver real-time control and operational efficiency. We believe that great people and partners make Schneider a great company and that our commitment to Innovation, Diversity and Sustainability ensures that Life Is On everywhere, for everyone and at every moment. www.schneider-electric.com/ess.