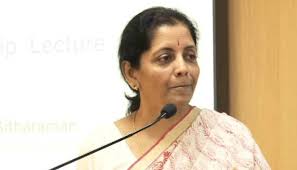 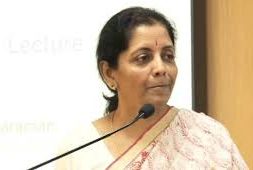 To achieve the GDP of $5 trillion by 2024-25, India needs to spend about $1.4 trillion (Rs. 100 lakh crore) over these years on infrastructure. In the past decade (FY 2008-17), India invested about $1.1 trillion on infrastructure. The challenge is to step-up annual infrastructure investment so that lack of infrastructure does not become a binding constraint on the growth of the Indian economy. The Union Finance Minister Smt. Nirmala Sitharaman made a brief statement on the contents of the National Infrastructure Pipeline at a Press Conference here today. She indicated that Government will examine the recommendations of the Task Force and take action early.

Hon’ble Prime Minister in his Independence Day-2019 speech highlighted that Rs.100 lakh crore would be invested on infrastructure over the next five years including social and economic infrastructure projects.

To achieve this objective, a Task Force was constituted to draw up the National Infrastructure Pipeline (NIP) for each of the years from FY 2019-20 to FY 2024-25 with the approval of the Finance Minister. The Task Force is chaired by Secretary, DEA with CEO (NITI Aayog), Secretary (Expenditure), Secretary of the Administrative Ministries, and Additional Secretary (Investments), DEA as members and Joint Secretary (IPF), DEA as Member Secretary.

On the basis of the information compiled as on date, total project capital expenditure in infrastructure sectors in India during the fiscals 2020 to 2025 is projected at over Rs 102 lakh crore.

The Task Force in its detailed report has given recommendations on changes required to several key sectoral policies and other reform initiatives to be initiated by Central and State Governments. A monitoring mechanism has also been suggested to ensure timely implementation.

A copy of Report of Task force is attached here