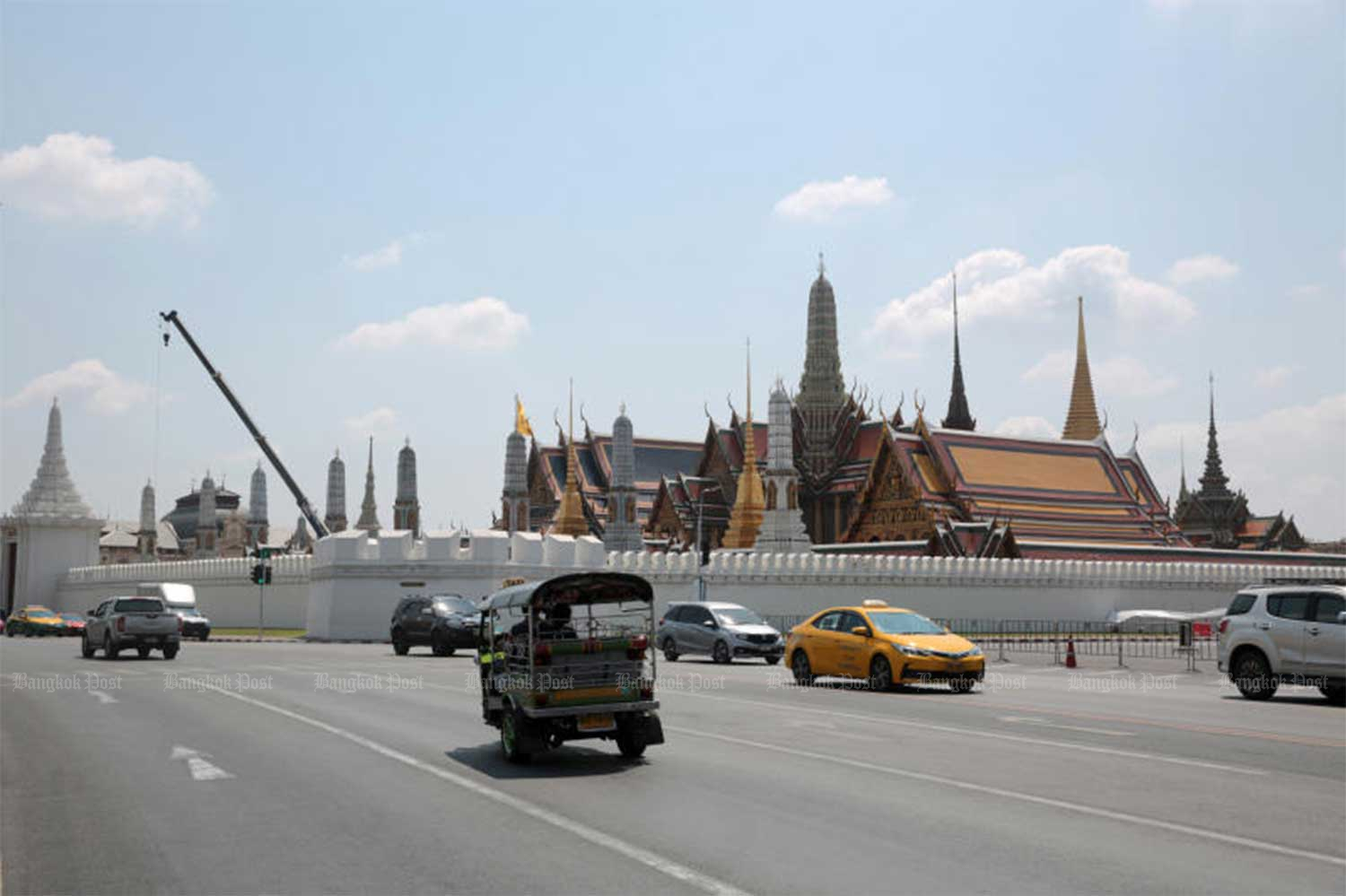 Firms line up for slice of solar pie

Firms line up for slice of solar pie

An army plan to open its land for massive solar farm development, up to 30,000 megawatts, has attracted a large number of energy firms. On Feb 22, representatives of more than 30 firms lined up to meet Lieutenant-General Rangsi Kitiyanasap, President of Royal Thai Army Radio and Television Channel 5, to seek clarity on rules and criteria on how to win a slice of the massive solar farm pie.

One month earlier, the army signed a memorandum of understanding (MOU) in January with the Electricity Generation Authority of Thailand (Egat) to “study” the feasibility of constructing 30,000MW of solar farms on its 4.5 million rai of land. The plan will be submitted for cabinet approval by March 31.

Some companies lauded the project as a visionary move to position Thailand as Asean’s clean energy leader. Others are not so sure. They see this pending deal as a new milestone of the military’s over-reach and a worrying departure from established protocols and rules

For better or worse, energy policy and plans in Thailand used to be the domain of career technocrats and engineers. At times, such expertise was wielded as a shield to exclude scrutiny and participation by the public. But the pride of technocratic competency had kept the process of power sector policy making and planning from straying too far from principles encoded in textbooks, rules and laws.

Electricity planning, at least rhetorically, used to be about efficiency of optimising planned additions of generation capacity to meet future projected demand for electricity in a way that balances energy security, diversification of risks, affordability, and considerations of environmental and social impacts.

But the sanctity of energy technocracy was in complete tatters when the 30 plus energy companies scrambled for a meeting with Lt Gen Rangsi for a slice of the 600 billion baht solar farm pie. Note that the meeting took place at Channel 5 Headquarters, not the Ministry of Energy. Also note the absence of Energy Ministry officials from the closed-door meeting.

So does the ascendancy of military deal-making render the Energy Ministry redundant?

How about the conventional wisdom that planned new generation is supposed to be linked to the country’s actual need for electricity? It seems this is cast aside as well.

Thailand’s 2020 peak demand for electricity was 28,637MW and is growing much slower than projected. The system already has 45,476MW of installed capacity, meaning 59% of the capacity is already “reserve” capacity (only 15% reserve is needed to maintain system reliability) — most of this in long-term power purchase agreements that require costly payments even if no electricity is dispatched.

There are many projects in the pipeline. Counting only those connected to Gulf Energy Development Plc alone, we have 6,940MW of committed capacity under construction. In light of the already extreme excess reserve margin, a 30,000MW solar farm deal is outrageously disconnected from the reality of Thailand’s electrical needs.

And how about the cost concerns? Who will foot the bill for the army’s 600 billion baht deal, plus the cost to upgrade the power system to accommodate large-scale solar farms? If history is any guide, the Thai public as electricity users will likely end up shouldering the burden, thanks to Egat, the co-conspirator of the army’s deal, who will pass through costs directly to consumers.

The supremacy of military deal making not only tossed aside an entire ministry, utility technocrats and guiding principles in power sector planning, it also likely skirts the existing rule of law. The 2007 Energy Industry Act gives the Energy Regulatory Commission (ERC), not the military, the authority and duties to set regulations and criteria for procurement of electricity. The law also requires that electricity procurement be done in a competitive, participatory, and transparent manner to protect consumers’ interests.

The effectiveness and independence of the ERC has been seriously undermined, thanks partly to the intervention by the previous military government in invoking Section 44 to nominate a new slate of commissioners. Thai consumers would prefer to see that the ERC acts as an effective checks and balances system and defends consumers’ interests.

But if it cannot exert its legal authority and be more than an expensive rubber stamp of the military’s dubious deal making, the ERC’s reason for existence — with a price tag of billions of baht in operational expenses a year — is called into question.

While solar electricity has emerged globally as a low-cost electricity source, this isn’t the case when it’s procured through a non-competitive, non-transparent process and when Thailand is already over-committed financially to power plants that are already far in excess of demand.

While Thailand’s energy technocracy has its flaws, its replacement with closed door deal making by the military is arguably worse.

Though governance of the Thai energy sector has been in decline for years, the over-reach by the military in conceiving the mega solar farm project appears to be a new low.