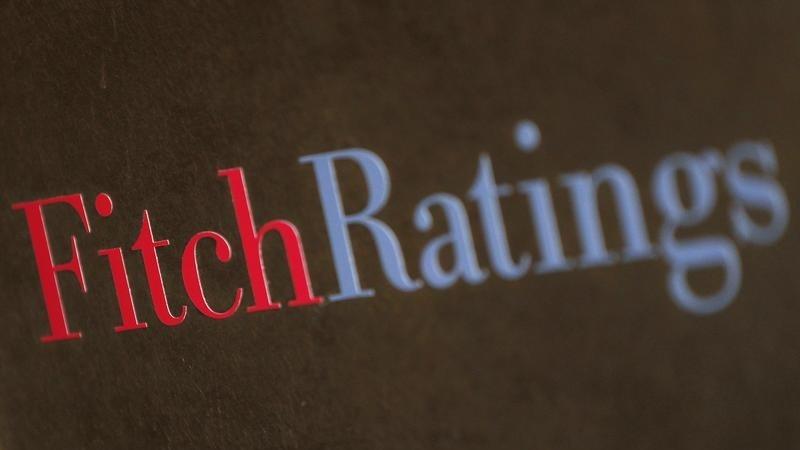 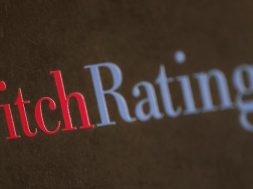 ReNew Power is one of the largest renewable-energy independent power producers in India with total operating capacity of 5.4GW and under-construction capacity of 4.5GW.

The final rating is contingent upon the receipt by Fitch of final documents conforming to information already received. RATING RATIONALE The rating on the proposed notes reflects the credit strengths and weaknesses of the restricted group of operating entities.

The restricted group will benefit from the parent’s access to funding for refinancing its USD bond supported by a full-tenor guarantee from ReNew Power. The restricted group includes 10 renewable projects with a total capacity of 803.1MW spread across seven states in India.

The portfolio has nine wind assets (753.1MW) and one solar project (50MW). All of the assets have been operating for more than three years, other than one 300MW wind project, which started operations in February 2021.

Most of the wind turbines are procured from some of the world’s largest manufacturers while the solar modules are sourced from an internationally well-known supplier.

Operation and maintenance (O&M) for most of the wind projects is carried out by the original equipment manufacturers under 10-year contracts. The O&M for two wind projects – 28MW and 92MW – was taken over by an affiliate company, ReNew Services Private Limited, in early 2020 at a fixed price, with 4%-5% annual price escalation, for shorter but extendable tenors.

The O&M for the solar project is also carried out by the affiliate company under a five-year fixed-price contract, with 5% annual price escalation. The operation risk assessment is constrained at ‘Midrange’ as the operating cost forecast is not validated by an independent technical advisor and the bond indenture does not have a maintenance reserve account.

Wide Forecast Spread, Adequate Operating Performance – Revenue Risk (Volume): Weaker The energy yield forecast produced by third-party experts indicates an overall P50/one-year P90 spread of 18%, leading to a ‘Weaker’ assessment for volume risk. The portfolio has a capacity-weighted average record of three years as all assets have been operating for more than three years, except the recently commissioned 300MW wind project.

The actual load factors recorded by the portfolio in FY19-FY20 (financial year ends March) were moderately volatile. Hence, we apply a lower haircut of 7% on the volume forecast in our base and rating cases.

The curtailment risk is limited in India due to the “must-run” status of renewable projects. Fixed Long-Term Prices, Minimal Renewal Risk – Revenue Risk (Price): Midrange ReNew RG4 contracts 63% of its total capacity with state-owned distribution companies and the balance with SECI under long-term fixed-price power-purchase agreements (PPA), which largely protect the portfolio from merchant price volatility. These PPAs have a capacity-weighted residual life of about 22 years.

The only contract with a shorter fixed-price tenor of 13 years, with a remaining life of five years, is a 28MW wind project signed with Maharashtra’s state-owned distribution company. However, Fitch expects management to recontract the asset on the expiry of its current PPA given the residual asset life of about 12 years at the end of the tenor.

We constrain the price risk assessment at ‘Midrange’ in light of the low but certain merchant price exposure due to this asset. Ring-Fenced Structure, Manageable Refinance Risk – Debt Structure: Midrange Noteholders are protected by ReNew RG4’s ring-fenced structure and covenants. Noteholders benefit from a standard cash distribution waterfall and a lock-up test at a backward-looking 1.3x interest-service coverage ratio for cash outflow.

The notes pay a fixed interest rate and we expect ReNew RG4 to substantially hedge currency risk. The restricted group will not maintain a debt-service reserve account or a major maintenance reserve account, but this is in part balanced by the excess cash required to be retained within the restricted group in the last year of the life of the notes.

Refinancing risk is mitigated by the parent’s guarantee and access to banks and capital markets, with support from the balance tenor of the PPAs, which extend beyond the maturity of the notes. PEER GROUP ReNew RG4’s closest peer is ReNew Power Private Limited Restricted Group 3 (ReNew RG3, US dollar notes: BB-/Stable).

The credit assessment of both restricted groups is supported by that of their parent, ReNew Power. ReNew RG3 has similar wind/solar mix of 67%/33%. However, its counterparty mix is a tad weaker with 77% of its capacity exposed to weak state-owned distribution companies and the balance signed up with commercial and industrial customers, against 37% of ReNew RG4’s capacity that is contracted with SECI.

The co-issuers will use the proceeds to repay their existing debt, make payments to capital creditors, and fund prepayment transaction expenses and prepayment penalties.

We assume associated receivable days will increase further by FYE21 before falling in FYE23. We do not expect attempts by the Andhra Pradesh government to renegotiate tariffs in its PPAs to be successful. Any tariff revision will be treated as event risk in our credit assessment of the restricted group’s bonds.

Fitch’s forecast assumes that the outstanding US dollar bond at maturity will be refinanced by another debt that will amortise across the remaining PPA terms or the projects’ useful life, whichever is longer.

We also apply a 15% stress on management’s operating expense forecast and an 11% refinancing interest rate.

Our rating case results in an average annual DSCR of 1.63x, 1.17x and 1.0x over the bond life, portfolio life and refinancing period, respectively. The restricted group will benefit from the parent’s access to funding for refinancing its US dollar bond supported by a full-tenor guarantee from ReNew Power.

SECURITY The US dollar bonds issued by each co-issuer benefit from a standard security package, including a charge over certain immobile and movable assets of the co-issuer, and a share pledge over a 51% stake in the operating entity.

Criteria Variation Fitch has based the rating on the proposed notes on the indicative DSCR thresholds applicable to merchant projects, for assets contracted with state-owned distribution companies, instead of the ones for fully contracted projects, while the cash flows are evaluated based on the contracted prices, which constitutes a criteria variation from Fitch’s Renewable Energy Project Rating Criteria.

Date of Relevant Committee 29 March 2021 REFERENCES FOR SUBSTANTIALLY MATERIAL SOURCE CITED AS KEY DRIVER OF RATING The principal sources of information used in the analysis are described in the Applicable Criteria. PUBLIC RATINGS WITH CREDIT LINKAGE TO OTHER RATINGS The rating of ReNew RG4’s bonds is directly linked to the credit quality of its parent, ReNew Power.

A change in Fitch’s assessment of the credit quality of the parent would automatically result in a change in the rating on the bond.

In issuing and maintaining its ratings and in making other reports (including forecast information), Fitch relies on factual information it receives from issuers and underwriters and from other sources Fitch believes to be credible.

Fitch conducts a reasonable investigation of the factual information relied upon by it in accordance with its ratings methodology, and obtains reasonable verification of that information from independent sources, to the extent such sources are available for a given security or in a given jurisdiction.

The manner of Fitch’s factual investigation and the scope of the third-party verification it obtains will vary depending on the nature of the rated security and its issuer, the requirements and practices in the jurisdiction in which the rated security is offered and sold and/or the issuer is located, the availability and nature of relevant public information, access to the management of the issuer and its advisers, the availability of pre-existing third-party verifications such as audit reports, agreed-upon procedures letters, appraisals, actuarial reports, engineering reports, legal opinions and other reports provided by third parties, the availability of independent and competent third- party verification sources with respect to the particular security or in the particular jurisdiction of the issuer, and a variety of other factors.

sers of Fitch’s ratings and reports should understand that neither an enhanced factual investigation nor any third-party verification can ensure that all of the information Fitch relies on in connection with a rating or a report will be accurate and complete.

Ultimately, the issuer and its advisers are responsible for the accuracy of the information they provide to Fitch and to the market in offering documents and other reports.

In issuing its ratings and its reports, Fitch must rely on the work of experts, including independent auditors with respect to financial statements and attorneys with respect to legal and tax matters.

Further, ratings and forecasts of financial and other information are inherently forward-looking and embody assumptions and predictions about future events that by their nature cannot be verified as facts. As a result, despite any verification of current facts, ratings and forecasts can be affected by future events or conditions that were not anticipated at the time a rating or forecast was issued or affirmed.

The information in this report is provided “as is” without any representation or warranty of any kind, and Fitch does not represent or warrant that the report or any of its contents will meet any of the requirements of a recipient of the report. A Fitch rating is an opinion as to the creditworthiness of a security.

This opinion and reports made by Fitch are based on established criteria and methodologies that Fitch is continuously evaluating and updating. Therefore, ratings and reports are the collective work product of Fitch and no individual, or group of individuals, is solely responsible for a rating or a report. The rating does not address the risk of loss due to risks other than credit risk, unless such risk is specifically mentioned.

Fitch is not engaged in the offer or sale of any security. All Fitch reports have shared authorship. Individuals identified in a Fitch report were involved in, but are not solely responsible for, the opinions stated therein. The individuals are named for contact purposes only.

A report providing a Fitch rating is neither a prospectus nor a substitute for the information assembled, verified and presented to investors by the issuer and its agents in connection with the sale of the securities. Ratings may be changed or withdrawn at any time for any reason in the sole discretion of Fitch. Fitch does not provide investment advice of any sort.

Ratings are not a recommendation to buy, sell, or hold any security. Ratings do not comment on the adequacy of market price, the suitability of any security for a particular investor, or the tax-exempt nature or taxability of payments made in respect to any security. Fitch receives fees from issuers, insurers, guarantors, other obligors, and underwriters for rating securities.

The assignment, publication, or dissemination of a rating by Fitch shall not constitute a consent by Fitch to use its name as an expert in connection with any registration statement filed under the United States securities laws, the Financial Services and Markets Act of 2000 of the United Kingdom, or the securities laws of any particular jurisdiction.

Due to the relative efficiency of electronic publishing and distribution, Fitch research may be available to electronic subscribers up to three days earlier than to print subscribers.

For Australia, New Zealand, Taiwan and South Korea only: Fitch Australia Pty Ltd holds an Australian financial services license (AFS license no. 337123) which authorizes it to provide credit ratings to wholesale clients only.

Credit ratings information published by Fitch is not intended to be used by persons who are retail clients within the meaning of the Corporations Act 2001 Fitch Ratings, Inc. is registered with the U.S. Securities and Exchange Commission as a Nationally Recognized Statistical Rating Organization (the “NRSRO”).

However, non-NRSRO personnel may participate in determining credit ratings issued by or on behalf of the NRSRO.