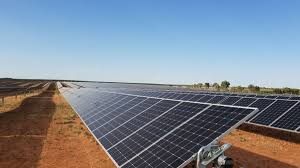 New Delhi: In what may rank among the largest solar rooftop deals in India, Hyderabad-based Fourth Partner Energy, that focuses on commercial and industrial (C&I) segment, has mandated Investec to raise around $150 million by selling stake in the firm, said two people aware of the development.

The deal activity in the Indian solar rooftop space is mirroring what is happening with the ground-mounted projects, with developers looking for growth capital in the backdrop of India being home to the world’s largest clean energy programme. India aims to have 175 gigawatt (GW) of clean energy capacity by 2022, including 100GW from solar projects. Of this, 40GW is to come from solar rooftop projects.

Experts believe that the high electricity tariffs offered by the commercial and industrial sectors are attracting investors. A case in point being EverSource Capital’s plan to buy the entire 167MW solar rooftop portfolio of NYSE-listed Azure Power Global for around $112 million as reported by Mint earlier.

Such projects are generally insulated from risks such as power procurement curtailment and tariff-shopping by the state-owned distribution companies (discoms), as has been seen in the case of Andhra Pradesh and Punjab governments. They supply electricity to third-party and captive consumers who buy power from them, instead of depending on a more expensive grid.

The government on its part is also trying to promote solar rooftop, with Prime Minister Narendra Modi recently calling for each state to have at least one “solar city” whose electricity needs would be met entirely through rooftop solar power. India has been trying to rejig its energy mix in favour of green energy sources and has become one of the top renewable energy producers globally, with a plan to achieve 500GW by 2030 as part of its climate commitments.

Despite the coronavirus pandemic that saw India’s electricity demand dipping, the load is nearly comparable to last year’s levels. This, along with a projected electricity demand trajectory of around 6% compound annual growth rate, and proposed reform measures to ensure round-the-clock supply to consumers, are attracting investors.

There are a slew of deals in the works as reported by Mint, including Avaada Energy mandating Bank of America (BofA) to raise around $220 million by selling stake, Acme Solar looking to sell 4.84GW of solar projects and Petroliam Nasional Berhad or Petronas looking to acquire around 10% stake in Tata Power Renewable Energy Ltd, in addition to investing in Tata Power’ renewable energy InvIT. Also, O2 Power and Ayana Renewable Power have emerged as the front-runners to acquire Azure Power’s 305MW solar assets, and Canada Pension Plan Investment Board, Actis Llp and Brookfield Asset Management Inc. are looking to buy Japan’s SoftBank Group Corp’s stake in SB Energy Holding.