Fuji is seeking to buy a majority stake in Consul Neowatt, which is owned by the private equity fund Peepul Capital.

Japanese electric and thermal energy major Fuji Electric is in the final stages of discussions to acquire Consul Neowatt Power Solutions, a Chennai based power backup manufacturer, in a deal worth $100 million (Rs 700 crore).

Fuji is seeking to buy a majority stake in Consul Neowatt, which is owned by the private equity fund Peepul Capital, two people aware of the development told ET. The deal will mark the first acquisition of Fuji Electric in India, which has a $1-billion UPS and inverter industry. Others interested in Consul Neowatt included Schneider Electric and HitachiNSE 2.39 %, said one of the persons cited above. For the acquisition, Fuji Electric is being advised by KPMG India.

Mails sent to Fuji Electric, Sriram Ramakrishnan, MD & CEO of Consul Neowatt, and the spokesperson of Peepul Capital remained unanswered until the publication of this report. A KPMG spokesperson declined to comment.

Consul Consolidated was founded in 1981 by four promoters — N Ramesh Sankaran, KN Raja, N Sunder and NP Krishnan. Peepul Capital acquired a majority stake in 2012 with an investment of $25 million and hired Sriram Ramakrishnan as CEO. In 2014, Consul was merged with Pune-based Neowatt Energy.

Fuji Electric, the $8-billion global major from Tokyo, had formed a joint venture with Gemco Controls in India in 2016. Fuji owns 51% in the venture — Fuji Gemco. 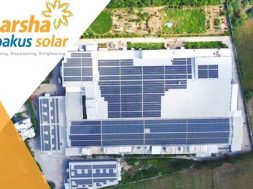