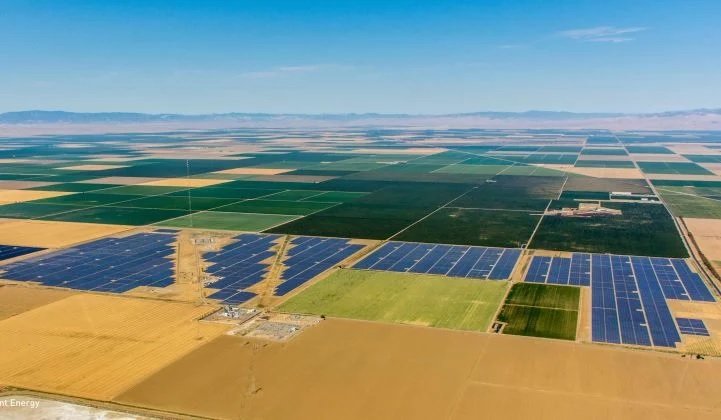 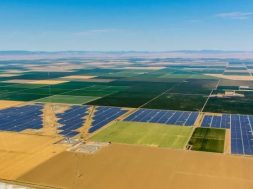 Thursday’s deal completes Recurrent’s sale of equity stakes in the 973 megawatts of solar it brought online in 2016 in California. Financial terms were not disclosed, but Canadian Solar will report sales revenue from Mustang in the second quarter of 2019.

This is the third big renewables deal in as many months for one of the renewable energy-focused arms of Wall Street behemoth Goldman Sachs Group. In March, a subsidiary of Goldman Sachs Renewable Power, the clean energy project developer formed in 2017, bought 223 megawatts of commercial solar project leases from SunPower for $86.9 million, encompassing about 200 projects in nine states. And in April, Goldman Sachs Renewable Power bought Macquarie Infrastructure Corp.’s 142-megawatt solar portfolio, as part of a broader sale of that also included 203 megawatts of wind farms, with a total sales price of $215 million expected once the transactions are closed.

As for the renewable power group of Goldman Sachs Asset Management that acquired Recurrent’s equity stake in the Mustang project, S&P Global Market Intelligence reported in November that it was planning up to 1 gigawatt of solar assets in 2019, according to several unnamed people with knowledge of its plans.

Since then, CCAs have grown by leaps and bounds, with large-scale solar projects to match. Under current procurement trends, CCAs are increasing their current 2 gigawatts of renewables under contract by another gigawatt this year, and they are set to hit 10 gigawatts by 2030, with an increasing amount coming in the form of long-term PPAs.

In fact, CCAs are cropping up so fast that PG&E, already in bankruptcy due to its multibillion-dollar wildfire liabilities, has lost 2.4 million of its 5.4 million electricity customers to the 12 CCAs in its region, with more planned to open this year. And San Diego Gas & Electric, facing the impending departure of the city of San Diego and about 40 percent of its load to a CCA, has been reportedly exploring a path to exit the energy procurement business.

Beyond being the first to sign their own solar contracts, MCE and Peninsula Clean Energy are also leading the CCA pack in obtaining investment-grade credit ratings, another important step for bringing in the financing needed to match their big renewable energy goals. At the same time, the fact that CCAs are expected to procure the vast majority of the state’s future energy and capacity needs has alarmed some state regulators, and led to policy and legislative proposals that could expand the state’s regulatory oversight of how CCAs manage their long-term procurements.

0
0   0
previous Past Is Prologue: Trends That Got America to 2 Million Solar Systems
next CleanChoice Energy Announces 20+ Megawatts of New Minnesota Residential Community Solar