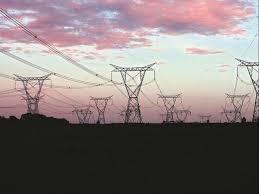 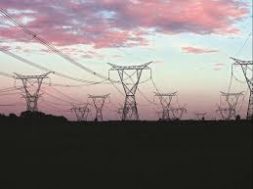 The Centre in a bold move to discipline the state-owned loss making power distribution companies (discoms) announced that the ‘Letter of Credit’ should be mandatorily followed as a payment security mechanism. At the same time, it also said the discoms which default on their payment to power generators (gencos) under any long-term agreement should not be allowed to purchase short-term power from open market.

In a public statement, the ministry of power said R K Singh, minister of state for Power and New & Renewable Energy and Skill Development & Entrepreneurship has approved the proposal to make it mandatory for discoms to open and maintain adequate Letter of Credit as payment security mechanism under power purchase agreements (PPA). The nodal agency for scheduling and supply of power – National Load Despatch Centre (NLDC) and its regional units will overlook this mechanism.

“This will change the system and the sector will become viable,” Singh was quoted in the release.

Governed under the Electricity Act, long-term PPAs signed between discoms and power generators have the provision regarding maintenance of adequate Payment Security Mechanism mainly in the form of Letters of Credit by the discoms.

The ministry said despite the provision available, the Letters of Credit are not being given and there is huge outstanding on account of unpaid power bills. The dues of discoms to power gencos stood at Rs 16659 crore as on March 2019.

“If this situation persists, the Generators will not be able to pay for coal and railways rakes/transportation leading to shortfall in generation of electricity. There will thus be wide spread load shedding on account of lack of generation. It is essential therefore that all the provisions mentioned above are implemented strictly by the load dispatch centers,” said the statement.

The Centre also approved compensation to be paid by the discoms to the gencos in case of any deviation from the scheduling and despatch of power.

As most discoms are cash strapped, they do not sign any long-term PPA. In the past seven years, there hasn’t been any long term PPA issued by any discom. This impacted several privately owned gencos leading to close to 11,000 MW of stranded assets due to lack of demand.

Most of these discoms resort to short-term power purchase from power exchanges. The Centre has now disallowed it. “It shall also be ensured by the Load Despatch Centre that the regulated entity, during the period of regulation, has no access to procure power from the Power Exchanges and they shall not be granted Short Term Open Access (STOA),” said the statement from the ministry.

The load dispatch centres have been asked to implement these mechanisms from August, 2019 onwards.