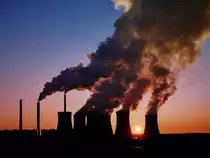 NTPC or NHPC may takeover smaller power companies such as THDC, SJVN and NEEPCO

NEW DELHI: Finance and power ministries are in advanced talks to merge smaller power companies with NTPC and NHPC, according to a report by ET NOW.

The report said that NTPC or NHPC may takeover smaller power companies such as Tehri Hydro Development Corporation (THDC), SJVNNSE 1.37 % and North Eastern Electric Power Corporation (NEEPCO). THDC is a joint venture between the Centre and UP government.

Shares of SJVN jumped nearly 1.50 per cent to Rs 25.65 after the report. THDC and NEEPCO are not listed on the bourses.

“Power ministry to finalise the takeover details for the power sector companies. The government is looking to get around Rs 13,000-14,000 crore from power sector mergers,” ET NOW report said.