In an interview, Rahul Sheth, executive director, capital markets, Standard Chartered Bank, comments on the latest developments in the green bonds market. Sheth, based in Singapore, heads global green bond practice for Standard Chartered. Edited excerpts.
Recently, we saw the US President announce that his country will be pulling out of the Paris Climate deal. How do you think that impacts the budding green bond market in India in terms of investor interest, fund inflows as well as the sentiment of issuers?

Following the withdrawal of the US from the Paris Agreement, India has actually gone out and declared at the highest forums that it remains committed to the historic accord and will go “above and beyond” to combat climate change. This sentiment was shared by a number of European nations most recently. A number of ESG aligned investors (environmental, social and governance) are housed in Europe and are increasing their commitments to climate and social friendly bonds. The IFC-Amundi $2 billion Emerging Markets focussed green bond fund, which is currently in the works, is a strong reaffirmation of the global investor mindset towards achieving a common goal.
To add, Apple just raised a landmark (its second) $1 billion bond few weeks ago to fund clean energy and environmental projects—a clear depiction that leaders at the cutting edge of business in the US still remain committed to the climate change pact, and likewise, investors too remain committed to the product.

We have seen a few billion dollars of green bond issuances from India in the last couple of years. What is driving the green bond market in India?

There has been an aggressive push for renewable energy by the government which has set very stringent renewable energy targets—175 gigawatts by 2022—an estimated requirement of $200 billion. Hence, in the next five years, we will see a tremendous amount of infrastructure spending on such projects, which means that banks and corporates will have to go out and raise capital to fund such projects.
Apart from the ambitious targets set by the government, what has been the push on the regulation or policy side?

The Securities and Exchange Board of India (Sebi), in 2015, had endorsed the Green Bond principles which provided a strong signalling impact to the market, when it was in its infancy in India. The Green Bond principles are internationally recognized standards, and Sebi endorsing it, was an important step by a regulator. The issuance and listing guidelines were finalized in April this year with inputs from the ministries.

Beyond that, we also have the Green Bond Markets Development Council, constituted by Ficci. Its aim is to bring together a critical mass of senior representatives from the industry, both private and public sector. The whole idea is to provide recommendations and guidance to issuers and regulators.
China garnered over 35% market share of an over-$80 billion global green bond market in 2016. How big is the opportunity in India?

It can be very deep, because both demand and supply side dynamics are aligned for growth. Both private and public sector entities remain committed to achieving the target. However, such funding will need to be paced appropriately over the coming years.

What are some of the pieces that still need to fall in place to increase adoption of this product?

To keep green bonds sustainable, you need an ‘investor pull’ factor rather than a ‘regulator push’ factor. The regulators can kick-start the market, but to sustain it, you will eventually need investors to have a natural demand for the product. Currently, on the demand side, the bulk of investors in green bonds are still conventional investors who buy purely on credit fundamentals as opposed to green fundamentals.

Clearly, this would require more investors to reserve a portion of their portfolios for such climate-friendly bonds. As the market matures, perhaps a better RWA (risk-weighted assets) impact for green bonds versus conventional bonds for bank investors could also have the effect of incentivizing such investments.

As examples, we have Amundi and IFC teaming up to form what will be the largest emerging markets focussed green bond fund. That will be a bit of game-changer providing captive demand for the product and bringing in a strong element of diversification of credit investors for any client.

What has China done to create such an aggressive appetite for green bonds?

We need to keep in mind that China is the biggest supplier of offshore bonds in Asia ex-Japan. This means that China will naturally look a lot larger when compared with Asian peers.

One thing China has done, which has widened the asset base for them is that they have included ‘clean coal’ as part of the assets that can be counted as green. Clean coal is not regarded as a green asset per global standards. However, it does allow Chinese companies to bring a wider set of assets into the eligible pool and issue green bonds on back of that. Should India do the same? I think it is more important to adhere to global standards, especially given the market is currently essentially best-practices driven and a lot of the onus lies on the issuer. Again, as mentioned earlier, given the stringent renewable energy targets, there should be no dearth of eligible projects for Indian issuers.

0
0   0
previous The rise of the renewable energy is unstoppable: Aditya Gandhi, Director, Sapient Global Markets
next ‘Slackening demand for power a concern’ 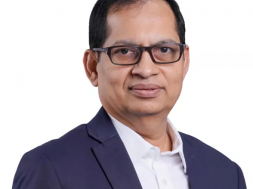 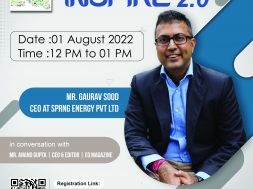 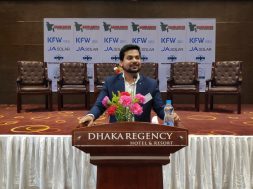