‘Slackening demand for power a concern’

‘Slackening demand for power a concern’

Sujoy Ghosh, Country Head, First Solar India and part of world’s leading solar module supplier First Solar Inc with a capacity of over 3 giga watt, believes the country’s solar sector is poised for rapid growth. “The issue of slackening demand for power seems to be a concern for new capacity addition. The recent tariffs show developers are happy with single digit internal rate of return. One will have to watch how this works out,” he said. Ghosh takes through various issues relating to the solar power sector in the country. Excerpts:

The renewable energy sector is passing through interesting times with tariffs finding new lows. At about ₹2.44 per unit from recent bids at Bhadla, is it viable and sustainable?

These tariffs are achieved in solar parks in a state with one of the best solar insolations and we must compliment the government for mitigating the development risks for the investor. The reduction in risk profile of the projects is clearly reflected in the tariffs.

Despite the de-risking, the equity returns at these tariffs are in single digits based on our assessment of the current and near term projected capital costs and cost of debt.

If there is a class of investors that are willing to continuously deploy capital at these hurdle rates for utility scale solar in India, then it would clearly disrupt the overall utility sector, and incentivise the consumer to increase the mix of solar in the overall portfolio.

Are banks willing to lend to renewable energy projects given the troubled times SEBs are going through?

So far over the past five years, we have actually witnessed an increase in the availability of long-term debt from domestic banks. Part of this is due to the fact that renewables has witnessed an exponential growth in the past three years, as opposed to conventional power projects.

And with the tariffs falling below ₹4/Kwhr, the perceived risk of default/back-down of these PPA’s has also reduced.

How is the funding scenario given the disruptive developments in the sector?

As is evident in the short to mid-term, we see a large pool of equity investors, including some of the major global utility companies, pursuing the capacity allocation in India as this is the only market among the top five global markets for PV which is witnessing growth on a scale.

This has been in the works for the past three years, but none of the States have actually come out with the policy. This concept is not all-pervasive and would benefit and optimise the transmission infrastructure only in certain locations that have a good wind resource combined with strong solar resource.

Given the steep decline in stand-alone tariffs for both wind and solar that have been achieved by the transparent auctions and the creation of solar parks, one needs to re-evaluate the economic impact of this hybrid application versus optimising stand-alone wind and solar projects individually in their respective locations.

What are First Solar plans? How is your growth trajectory?

The company has established an incumbency in the Indian market on the strength of its thin film PV technology, which delivers 5-8 per cent higher yield over other crystalline silicon-based PV modules. As we continue to invest in R&D to further enhance our competitive advantage over silicon-based modules, we would focus on growing our footprint in the India market by adding local execution capabilities.

We have installed about 200 MW as a developer in Telangana and Andhra Pradesh and setting up 60 MW in Karnataka.

With a number of bids for big parks, how do you see the sector growth during the year?

The focus would be equally split between the large solar parks and the distributed solar model. The larger concern is the lack of appetite in some of the key States to procure more energy. And hence, the Discoms demand growth would be crucial to the overall growth of the sector.

Lately, there have been several instances of M&A in the renewable sector. Do you see further consolidation?

Recycling of development capital is crucial for companies to continue their growth momentum. As the sector scales up those companies that can effectively recycle their capital would sustain and the others would potentially consolidate.

There seem to be some more head winds for the sector from GST. How do you see this panning out?

There is enough clarity on the impact of GST for the solar sector, except some items which are used in solar as well as non-solar applications. These constitute approximately 25-30 per cent of the overall cost. As is the case with any major policy reform, there would be teething issues that eventually get resolved. 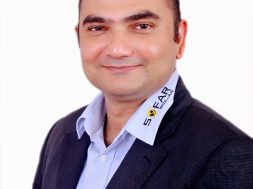