Hyperloop is considered as the fifth mode of transportation. The system consists of a capsule for passengers or cargo levitating inside a low air pressure tube, with a passive levitation system.

The Hyperloop technology uses a system which uses renewable energy hence is sustainable, and generates more electricity than it consumes, with a cheaper construction cost, therefore cheaper tickets and negates the need for subsidies to be profitable.

In an exclusive interview with BW Businessworld, Bibop Gresta, the Chairman and Co-founder of Hyperloop Transportation Technologies (HTT) discusses the revolutionary technology and its advantages. Edited excerpts:

What are the drawbacks of the current transportation system?

The current system of transportation, be it, high speed rail or the metro systems, uses old technology that has not seen any significant innovation in the last century, further, it has a huge capital cost, and to top it, requires continuous government subsidies to keep it running.

The world population on the rise, adding more cars on the road each day. High traffic leads to congestion, consequently high carbon emission which leads to environmental pollution, and that is a problem all over the world.

Railways and airways changed the world and were integral to the industrial revolution. Hyperloop will change the way we live in fundamental ways and show that transportation can be improved to be more efficient, enjoyable and, perhaps most importantly, profitable.

How will Hyperloop capitalize on renewable energy and produce more electricity than it consumes?

We created a system that can use a combination of renewable energy to generate more electricity than it consumes. This means, a cheaper cost of construction and maintenance, a cheaper price of ticket for the passengers and no need for subsidies to be profitable. Further, it does not pollute the planet unlike conventional transportation.

Our system uses passive magnetic levitation that is safer and more efficient than current systems in use. The capsule rises on the track at a comfortable speed and this levitation remains steady and constant during the entire journey. Regenerative breaking during deceleration recovers much of the energy used in acceleration, making it more efficient.

HTT is often called the biggest startup in the planet, this is one way to see it, the way, I see it, is that, we are the biggest effort humanity put together to create a transportation system of the future.

The speed of the system really opens up possibilities for bringing cities and nations together like never before, but this is not the main benefit. It’s the global efficiency of the system that is revolutionary.

What is the current progress on developing Hyperloop Transportation Technology in India?

We have met up with Prime Minister, Union Transport Minister as well as several Chief Ministers. Everyone is excited about this revolutionary new technology that can bring tremendous value to India. We are currently in advance stage of conversation with the government. Very soon you will hear an announcement from us.

How does Hyperloop aim to revolutionize transportation in the future?

By 2050, we will lose 40 per cent of all jobs at the planet level. We need to re-think our society. If we continue to work for 8 hours a day, we are going to self-destroy ourselves. We need to talk about redistribution of resources and go towards universal Basic income. With Hyperloop, you can make profit. People might work less but we will create more skilled jobs. We are going to create an entire new industry so I think it’s important to create good jobs.

What is the economic and business model for the development of Hyperloop Transportation Technology in India?

India has an amazing combination of factors that makes it a possible target nation to have the first hyperloop project. India has a dearth of infrastructure, a high population density and the need for a more efficient and faster way to transport people and freight. This combination of factors creates not only the need but also the perfect environment to build the hyperloop. We are ready with the technology and we can bring the money. We just need land and a commitment from the government of India. Our strategy is to become an Indian company and use as much as we can of the resources. We are looking forward to work on a PPP model that will allow us to bring foreign investor together with local partners. 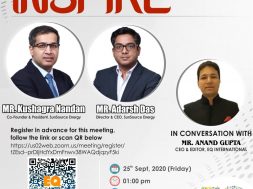 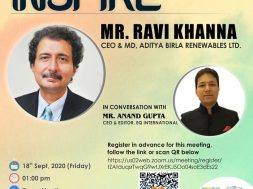 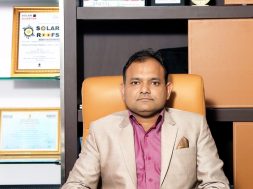