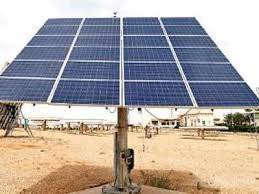 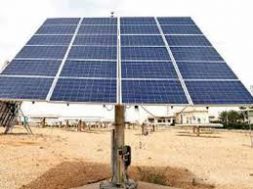 A pilot project has already been successfully completed using solar irrigation pump. The government intends to buy surplus electricity generated from the solar irrigation system to increase the use of renewable energy.

Solar energy is a reliable and clean form of energy and slowly Bangladesh is shifting to using energy. Use of rooftop solar panels and solar irrigation pumps are being promoted by the government for home consumption.

Bright Green Energy Foundation (BGEF) implemented the project supported by Sustainable and Renewable Energy Development Authority (SREDA) and UNDP. After the guideline has been finalized, the power distribution company will buy excess electricity from solar irrigation systems. As a result the solar irrigation system will be more popular in the country.

Use of solar power is beneficial for the environment as it can reduce our dependence on renewable resources. Being a tropical country, Bangladesh receives plenty of sunlight throughout the year to make the shift to solar energy feasible.

The biggest benefit is when the solar panels and irrigation pumps produce extra electricity the home users can sell the electricity to the national grid line and enjoy a rebate from the total electricity bill.

In order to reduce the harmful effects of climate change, we must all prove our commitment to using clean energy and reducing our carbon footprint

While solar energy is now widely used in urban areas, especially apartment rooftops, rural places are also starting to use solar panels and irrigation pumps to produce energy. Particularly, isolated places which previously did not have a connection to the grid now have access to electricity thanks to solar power.

The government plans to ensure access to electricity for all citizens of the country by 2021. The program has been acclaimed as the largest off-grid renewable energy program in the world.

Undoubtedly, this is a matter of great pride for our country. Despite being a developing nation, Bangladesh’s commitment to generating and using clean energy has set an example for the rest of the world, particularly developed nations.

Climate change is a real threat and despite the majority of the pollution being caused by developed countries; it is countries like Bangladesh which stand to lose the most. In order to reduce the harmful effects of climate change, we must all prove our commitment to using clean energy and reducing our carbon footprint.