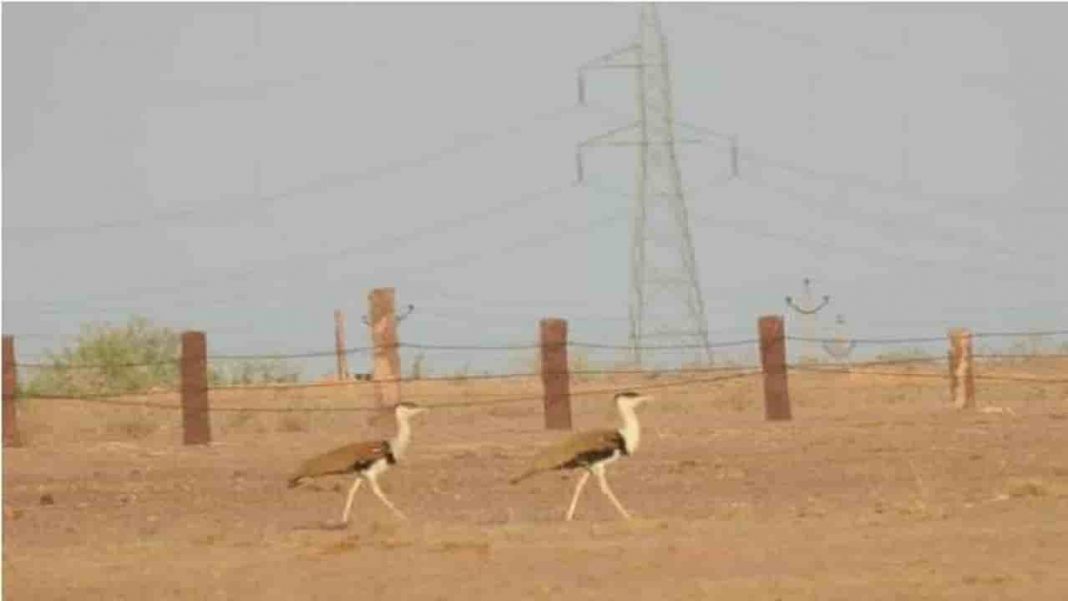 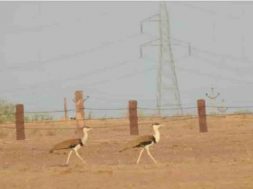 Sr. Adv. Shyam Divan appearing for the Petitioner has submitted that overhead electricity lines should be made underground because they pose a threat of electrocution of the Great Indian Bustard bird.

The Supreme Court reserved its order on a plea to save the endangered Great Indian Bustard from high-voltage power lines as the birds were dying after colliding with power lines running through their dwindling natural habitats in Gujarat and Rajasthan.

Chief Justice of India S.A. Bobde had suggested that the land can be acquired for under-grounding of High-Voltage Power Lines. He responded to the submission made by Senior Advocate Manish Singhvi, who appeared for the State of Rajasthan, that Under-Grounding of Extra High-Voltage Power lines is technically impossible even in rural areas. Justice A.S. Boppana and Justice V. Ramasubramanian were also part of the bench.

Senior Advocate Shyam Divan, appearing for the petitioner, has submitted that overhead electricity lines should be made underground because they pose a threat of electrocution of the Great Indian Bustard because they are very heavy birds with a wingspan of two metres and they lack frontal vision therefore they collide with the overhead lines.

He told the court that Kutch in Gujarat and Thar in Rajasthan are the priority area where the Great Indian Bustard’s habitat lies.

Therefore, he prayed from the court that the electricity line in those area be made underground and suggested to the court that in the proximity area where the birds fly diverters should be installed.

He also informed the court that in Maharashtra, the electricity lines have been made underground to save the flamingo then why we can’t we do this to save the Great Indian Bustard?

The court asked Divan that how and who will bear the cost of undergrounding the electricity lines.

To which he suggested that it can be done in the following three ways:-

a. Nominal Increase in tariffs, which will be spread over a long period of time, which can be done by the Electricity Regulatory Authority under the provisions of Electricity Act after consulting with the body of experts.

b. The Electricity Companies are liable to bear the cost of undergrounding the electricity lines because they are bound under Section 135 of Companies Act 2013 which says that Corporate Entities are bound by the Corporate Social Responsibility obligation to save the ecosystem.

c. The cost of taking down the electricity line can be borne by the electricity companies or a mechanism can be developed to raise money according to Sections 3, 4, 5 and 6 of Compensatory Afforestation Act, 2016.

ASG Bhati submitted that Under-Grounding of Power lines is impossible for High-Tension power lines. There is also a technical distinction between the transmission lines in Urban Areas and Rural Areas.

The CJI suggested it will be easier to make it underground. There are methods of insulation available which can be used. “How can you say under-grounding is difficult?” he asked.

“The only reason we are hearing you to give order which can be followed. It cannot be impossible to do under-grounding of power lines. Tell us impossibilities not difficulties. Difficulties can be countered,”

The bench then asked, “Then how come you have issued tender in past to underground the High Voltage lines?”

“There are lot of farm lands and open areas where there is no construction, it would be easy to make it underground as compared to cities which are crowded.”

Senior Advocate Abhishek Manu Singhvi, representing the National Solar Federation of India, submitted, if bench directs under grounding of lines through which solar power is transmitted, that cost will come on them therefore he prayed to the bench that any earlier contractual obligation between them and state should not be affected by the order of court in this matter.

The bench said that, “Why should we make observation on a contract which isn’t sub-judice before us?”