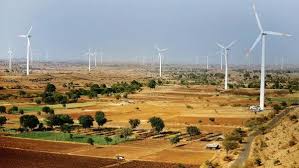 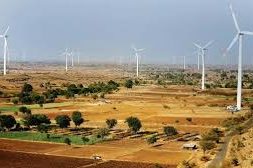 The bond raise followed after the two sovereign wealth funds agreed to pump in an additional $329 million in Greenko Energy Holdings. Mint reported about the proposed bond raise on 17 July. Greenko owns operating assets of 4.2 gigawatts (GW) and under-construction assets of 7 GW. It had raised $1 billion through dollar denominated bonds in 2017.

“We successfully raised the bond for 950 million with over three times oversubscribed by global investor’s. This is largest high yield bond from India this year and largest Green Bond from Asia. The pricing was 5.5 yield and all process was completed in five days,” Greenko Group president and joint managing director Mahesh Kolli toldMint.

This also follows the $495 million investment in June by the sovereign wealth funds in Greenko to build power storage projects. With multilateral and bilateral agencies, as well as sovereign wealth funds, not showing interest in businesses contributing to climate change, the two sovereign funds have so far infused $2.2 billion in Greenko, which was founded by Mahesh Kolli and Anil Kumar Chalamalasetty.

Kolli added that the bonds were rated Ba1 by Moody’s.

Greenko’s bond issuance comes at a time when India’s emerging green economy will require additional investments of around $80 billion till 2022, growing more than threefold to $250 billion during 2023-30. Indian companies have been raising debt from overseas markets to take advantage of lower interest rates. Last year, Indian companies had raised $6.3 billion through dollar denominated bonds, down 51.7% from the previous year as the number of bond sales more than halved, according to data from Thomson Reuters.

While GIC and ADIA hold 61% and 15%, respectively, in Greenko, Kolli and Chalamalasetty own the remaining 24%.

With competitive solar bids and India’s wind energy sector having transitioned from a feed-in tariff regime, which ensures a fixed price for wind power producers, to tariff-based competitive auctions, obtaining finance at the lowest cost has become key.

The global energy landscape has also been rapidly evolving. From the London Stock Exchange (LSE) classifying oil and gas stocks as non-renewable energy to the decision of Norway’s Government Pension Fund Global (GPFG), the world’s largest sovereign wealth fund, to stop investing in oil and gas explorers globally, there has been a fundamental change in the global investment culture against the backdrop of growing climate concerns.

India is ranked fourth and fifth, globally, in installed capacities for wind and solar power, respectively. India has become one of the top renewable producers globally with ambitious capacity expansion plans. The country has an installed renewable energy capacity of about 80 gigawatts (GW) and is running the world’s largest renewable energy programme with plans to achieve 175GW by 2022 and 500GW by 2030, as part of its climate commitments.