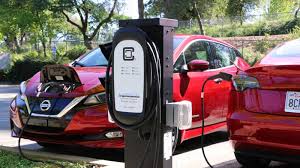 Guess what! Electric cars can drive from Melbourne to Sydney 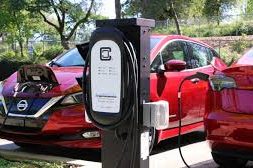 Guess what! Electric cars can drive from Melbourne to Sydney

A transition to clean, zero emissions transport in Australia still faces a long road ahead if comments made by former Labor MP and minister Stephen Conroy on Monday are anything to go by.

In a spot on Sky News, Conroy demurely labelled the Coalition’s ludicrous fake news campaign against electric cars in the lead up to last month’s election as “a mess”, as he discussed factors leading to Labor’s loss in the election with Sky News reporters Laura Jayes and Kieran Gilbert.

Conroy noted that with battery development “moving at pace” and the need for adequate charging infrastructure, the case for electric cars in Australia can be made – but he got one major fact wrong.

“It’s going to be great around the CBD, it’s not going to work so well for a while out in regional Australia because there just isn’t the charging stations for long distance,” Conroy said.

“I mean you couldn’t drive Sydney to Melbourne easily on today’s technology.”

It is perfectly possible to drive from Melbourne to Sydney in an electric car, and this fact was thoroughly and swiftly rebutted on Twitter by a number of EV drivers.

“Well that’s funny. I’m driving from Melbourne to the Gold Coast and back over the next five days. Get your facts right people. Covered 200,000km in past three years. All in an EV,” posted Mark Tipping of the Tesla Owners Club of Australia, who is due to speak at the Northern Rivers EV Forum in Byron Bay this Saturday.

“I’ve crossed the Nullarbor, done Port Augusta to Melbourne in a day, Melb to Sydney, Syd to Brisbane in a day, Bris to Darwin in 3.5 days, circumnavigated Australia (all mainland States, Territories and capitals) in 18.5 driving days – 14,579 kms,” said Richard Smith, aka @outbacktesla – whose 908km drive in one day The Driven covered in April.

“Certainly can be easily done, in fact these are my energy and trip stats for the return trip over a weekend, up to Sydney Saturday and back to Melbourne Sunday,” said David Cao, posting a photo of his trip records.

“Oh dear. It is really difficult for me. I really can’t drive from Melbourne to Sydney. Coz I have to drive to Wollongong!!!!! Did this over the Easter weekend,” said EV driver @TeslaGong – also posting a trip record complete with stops for charging.

Conroy clearly isn’t aware that in addition to 350kW rapid chargers located in Euroa and Barnawatha that can recharge an EV in as little as 10 minutes, there are numerous other charging options all up the coast, as well as many inland.

In fact – could someone share the Plugshare link to Conroy and Sky News reporters? Thanks.

Fast charging options aside, regional dwellers can in fact use electric cars quite easily be charged at home or work, on a standard powerpoint much like a mobile phone.

Longer trips may take planning for the moment, true, but many people still do not need to drive on a day-to-day basis further than the average driving range of an electric vehicle, which these days is between 240km and 480km for recent models.

The need for regional rapid-charging infrastructure has been noted and indeed is being worked on thanks to the efforts of funding and hard work of a number of organisations including – but not limited to – the NRMA, state governments and municipalties from Queensland to Tasmania, and businesses such as Yurika, Chargefox and more.

Conroy, to his credit, had an otherwise balanced view of EVs, in contrast to some of the nonsense spouted elsewhere on Sky and in Murdoch papers. But if there’s going to be a conversation about the uptake of electric cars in Australia, let’s at least get all the facts right.