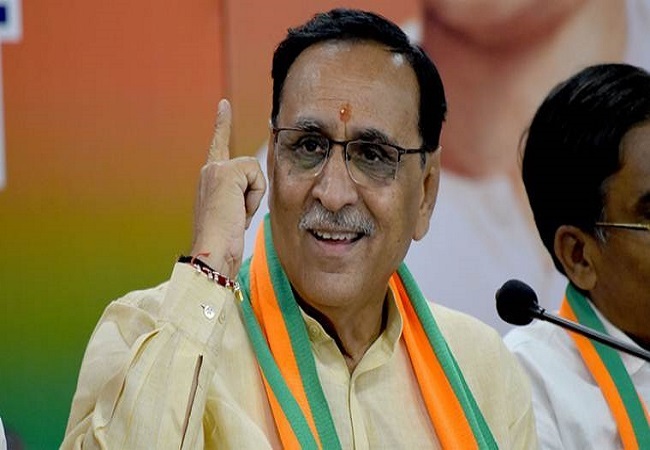 Gujarat government, under its Atmanirbhar Gujarat Package, has provided subsidy worth Rs.190 crores to 65,000 beneficiaries under ‘Surya Gujarat Yojana.’

New Delhi: Gujarat Chief Minister Vijay Rupani participated in the Third edition of Renewable Energy Investors’ Meet and Expo, organised by the Ministry of New and Renewable Energy, Government of India. The meet was held online.

During the meet, the CM said, “I thank Prime Minister Narendra Modi for his continuous support and guidance to increase the production of renewable energy and promote the same through Ministry of New and Renewable Energy, GOI. Gujarat contributes to nearly 13% of the renewable energy production in India. The state’s energy capacity is 30 Gigawatts. Out of this, 37% i.e 11 GW is produced using renewable energy.”

Chief Minister Vijay Rupani also added that Gujarat’s contribution stands at 11,264 MW against India’s renewable capacity of 89,230 MW. The renewable energy sector in Gujarat is not just a means for alternate sources of energy but a thriving sector in terms of employment generation as well. The establishment of Solar Parks, Wind Parks have opened new opportunities of employment. The state has provided clean and green energy through schemes like Solar Rooftop Yojana. Under this, 1 lakh 70 thousand households have reaped benefits.

Government of Gujarat, under its Atmanirbhar Gujarat Package, has provided subsidy worth Rs.190 crores to 65,000 beneficiaries under ‘Surya Gujarat Yojana.’

Prime Minister Narendra Modi, during his days as the Chief Minister of Gujarat, initiated to establish Asia’s Largest Solar Park at Charanka.
Today, as the Prime Minister, he is leading from the front with the motto of ‘One Sun, One World, One Grid’. An ultra-mega solar park with a capacity of 5000 MW is being established at Dholera SIR. The CM also gave details about the Kisan Suryoday Yojana which is promoting the use of solar energy for farming in Gujarat in order to pave a way for a pollution free farming.

Chief Ministers of Madhya Pradesh, Uttar Pradesh, Rajasthan, Himachal Pradesh, and Tripura and Lieutenant Governor of Ladakh also attended the online meet and talked about the status of renewable energy sector in their respective states and union territories.

More than 100 organisations talked about their technologies for the renewable energy sector. Policy makers from India and abroad, scientists, industry experts, investors etc in addition to more than 25,000 people attended this virtual meet.

The Chief Minister expressed his mission to make Gujarat the leading state towards the production of Solar Energy in India.