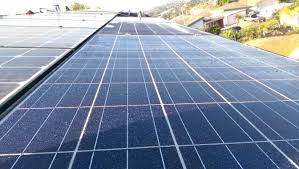 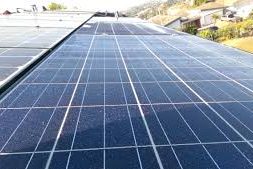 Gujarat energy minister Saurabh Patel said here on Thursday that the state government’s rooftop solar panel scheme aims to cover two lakh households by March 31 next year. Under the scheme, people can install solar panels for electricity generation on the roof of their houses, and if there is surplus electricity, they can sell it to the power grid.

“1,600 MW of solar power will be produced through rooftop solar panels in Gujarat by 2021-22,” the minister said at an event here, adding that the government aims to cover two lakh families under the scheme this fiscal. The state government had made a provision of Rs 1,000 crore in the current year’s budget for the scheme, he said, adding that the households which install solar panels will get 40 per cent subsidy from the government for 2 KW capacity and 20 per cent subsidy for 3 KW to 10 KW capacity systems.

The beneficiaries can avail of subsidy either under the state scheme or the similar Central scheme. The subsidy will also be given to housing societies and residential welfare associations for installing rooftop system for powering common amenities such as water pumps and lights in common areas.

Consumers can select any of the 450 firms empaneled by the government for procuring the solar rooftop systems.