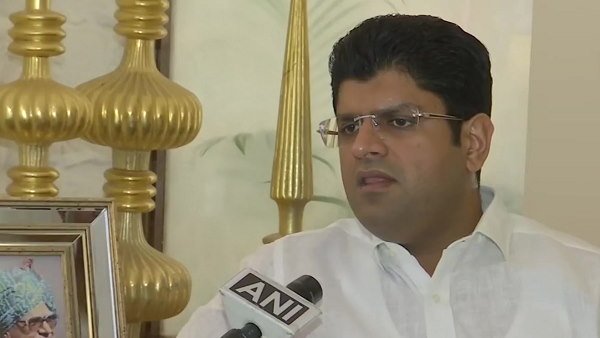 Hisar: After the completion of the Hisar Aviation Hub, there will be no need to go to Dubai or Singapore for the repair of large ships, but the facility to repair these ships will start being available in Hisar.

For this, an Integrated Cargo Hub is being constructed in Hisar Aviation Hub with 100 to 200 acres of land. This announcement was made by Haryana Deputy CM Dushyant Chautala while interacting with the media in New Delhi.

The Deputy CM said that big industrial companies of the country are being approached for setting up an Integrated Cargo Hub. He said that recently a big company related to aviation has also approached the government which has expressed its willingness to make MRO (Maintenance, Repair and Operation) at its own expense on 25 acres of land. He said that three hangars have been built in Hisar.

It is his endeavor that in Hisar MRO, the world’s largest ships should get repair facilities, which is not before anywhere else in India. At present, India’s big ships also have to go to Singapore and Dubai for repair. He said that proposals are coming for an aero defense hub and manufacturing hub for aviation hub at Hisar. International level runway of 10,000 feet in Hisar will be completed by May 2022 and it will be a historic step for Haryana.

He said that while connecting Hisar to the aviation hub, the government is developing infrastructure in the state in such a way that the cargo of Delhi also goes directly to the port via Haryana. Such centers will be set up around Delhi in Gurgaon, Sonipat and Jhajjar from where cargo clearance will be facilitated. Due to this, the revenue of the state will increase and cargo-shipping companies will also get its benefit.

The Deputy CM said that there is a plan to make Hisar Aviation Hub completely solar powered, which will be the world’s first solar powered aviation hub. He has asked HAREDA to prepare an action plan to start this scheme. He said that 80 MW electrical load has been estimated for this aviation hub. The power load of Aero Defense and Manufacturing Hub will be separate. Cat lights will be installed on the international runway of Hisar where ships will be able to land even at zero visibility.

CM Khattar said – Haryana will buy 14 crops at MSP, the first state to do so

Dushyant Chautala said that there is a proposal to build a dedicated railway corridor between Hisar-Delhi and which will have a speed of 180 kmph, for this all other plans including modernization and up-gradation of railway lines are included. JJP’s national spokesperson Dinesh, state spokesperson Prateek Som, Ajay Gulia were also present on the occasion.