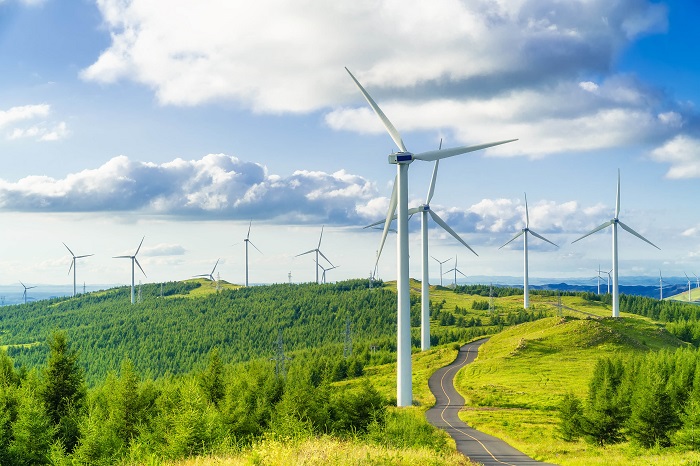 RECAI 56: Clear targets and governance are helping the country’s coalition Government lay the foundations for the long-term growth of renewables.

New policy has underlined the growing importance of renewable energy development in Ireland, boosting confidence in its sustainability and enabling investment across a more diverse range of technologies.

The publication, in early October, of the Climate Action and Low Carbon Development (Amendment) Bill 2020 set out a new path to meet Ireland’s 2050 net-zero emissions targets via a set of five-year economy-wide carbon budgets. The bill is indicative of Ireland’s recent efforts to create a clear and reliable framework for decarbonization that provides strong signals for investment in renewables.

The 2019 Climate Action Plan kicked off this new era. It specifically addressed the need for public- and private-sector support to develop Ireland’s renewable electricity market. Restating Ireland’s pledge that 70% of its electricity will come from renewable sources by 2030, the plan aligned a state-led auction scheme – the Renewable Electricity Support Scheme (RESS) – with a target for 15% of Ireland’s renewable electricity demand to come from corporate power purchase agreements (PPAs) by 2030. It also highlighted the need to address planning, consenting and grid-connection issues for offshore wind development.

The Coalition’s Programme for Government (PfG), ratified by the Fianna Fáil, Fine Gael and The Green Party Coalition in June 2020, supports the 2019 plan. It stated the intent to reach net-zero emissions by 2050 and upped the offshore wind development target from 3.5GW to 5GW by the end of the decade.

For RESS specifically, the Coalition promised annual RESS auctions in its PfG, and it held the first in July 2020. Further, it awarded €3m (US$3.5m) in capital funding to support the creation of community projects under RESS in its most recent budget. The introduction of this scheme has provided the detail and stability needed to generate interest and create confidence in a more diverse renewables sector in Ireland.

Such policies will be vital to transforming Ireland’s poor performance in reducing its carbon emissions to date. In 2018 – the latest year for which figures are available – Ireland’s renewable energy share was 11%, versus the 16% target set for the country’s gross final consumption of energy under the EU’s Renewable Energy Directive. Ireland’s Environmental Protection Agency has also forecast that the country will achieve only a 2%–4% reduction on 2005 (base year) emission levels in 2020, considerably lower than its 20% target.

The first RESS auction in July 2020 has generally been seen as a success, particularly in terms of diversification. However, key sectoral issues must be addressed to ensure that the confidence in RESS continues to build.

Restating Ireland’s pledge that 70% of its electricity will come from renewable sources by 2030, the Climate Action Plan aligned a state-led auction scheme – the Renewable Electricity Support Scheme – with a target for 15% of Ireland’s renewable electricity demand to come from corporate power purchase agreements by 2030.

The first RESS auction contracted 1,275.5MW of capacity from 19 wind farms and 63 solar projects. The latter was particularly welcome news for solar after more than a decade in which onshore wind has dominated. More generally, this strengthens the investment environment for renewables by supporting diversity in terms of the technologies available in the market.

However, the prevalence of smaller projects, particularly within solar – which range in size from 0.5MW to 119MW, with around half at 4MW – could lead to funding issues for this first set of RESS auction winners.

After the formal notice of award for RESS on 25 September 2020, projects had 30 working days to enter an Implementation Agreement, post a €25,000 (US$29,310) per MW performance bond, and commit to achieving commercial operations by the end of 2023 at the latest.

Smaller developers and projects can find such requirements onerous in the short term, as bank financing requires a detailed due diligence process that could take six to nine months. If banks concentrate financing on larger projects that generate higher fees, smaller developers may need to sell the asset or take on a partner, diluting their share of the project.

Corporate buy-in
Alongside the RESS auctions, the Government also hopes to drive the uptake of corporate PPAs to cover 15% of renewables demand by 2030. This will fill in the gaps around government auctions by providing an alternative demand source and revenue stability for developers, as well as portfolio diversification.

A lack of large corporates in Ireland makes the 15% target quite ambitious. This equates to about six terawatt-hours (TWh) of EirGrid’s Tomorrow’s Energy Scenarios forecast. The state-owned electric power transmission company predicts an overall electricity requirement for Ireland of approximately 41TWh by 2030. However, the expected proliferation of data centers around the country will help to meet this goal. Amazon has already signed three PPAs to power its Irish data centers, which should add 229MW of renewable energy to the grid. In August, Facebook signed its second long-term renewables contract in Ireland, for 28.8MW of wind power from a new project in County Tipperary, to support its business in the country.

The Government hopes to drive the uptake of corporate PPAs to cover 15% of renewables demand by 2030. A lack of large corporates in Ireland makes the 15% target quite ambitious, but the expected proliferation of data centers around the country will help to meet this goal.

Sectoral challenges
While successful RESS project developers will now be working towards finding finance, the Government must look much further ahead. Addressing key sectoral challenges, including grid capacity, planning and setting appropriate commercial rates, will be crucial now that it has a successful first auction under its belt.

Delays or issues around planning and rates can usually be factored into the development process, but insufficient grid capacity would stop this power from reaching the market and cause Ireland to miss its 2030 targets.

“Dispatch down” curtailment and constraint figures for wind averaged 11.5% during the first half of this year, according to EirGrid (pdf). The Irish Wind Energy Association (IWEA) has pointed out that this is enough to power Galway city for a year.

This issue could also jeopardize the Government’s aim to develop offshore floating wind potential on the Atlantic Coast. While the Government believes there is potential to develop at least 30GW in this area, some of this would probably be for export and, therefore, potentially would not need to be factored into Ireland’s future grid capacity. The PfG pledges to add offshore wind to the annual RESS auctions schedule from next year, aiming to develop 5GW by the end of the decade. However, it also addresses the need for investment in new technology and interconnectors.

A new marine planning framework and licensing regime, due to be adopted in late 2020 under the Marine Planning and Development Management Bill, aims to tackle planning and consent issues for offshore wind.

“Dispatch down” curtailment and constraint figures for wind averaged 11.5% during the first half of this year, according to EirGrid. The Irish Wind Energy Association has pointed out that this is enough to power Galway city for a year.

Change ahead
As the coalition attempts to create the necessary tailwinds to fully develop Ireland’s renewables sector, the industry is now looking ahead to the second RESS auction next year. The first was undoubtedly a success, but the Government will still be expected to consider some changes, particularly with regards to indexation of bid prices.

Auction bids were made without indexation to any inflationary measure in the first RESS auction, pushing prices €10–€12 (US$12–$US14) higher, according to IWEA. It has called for a review to address this.

Although there is more to do, the coalition has signaled its intent to address sectoral issues in the renewables space by delivering bills to tackle offshore-wind planning and provide greater detail on pursuing net-zero targets well within its first year in government.

More generally, creating a detailed legislative framework to tackle climate change and a solid mechanism for renewables development with RESS has given a welcome boost to Irish renewable energy development. These elements will provide a solid foundation for Ireland to build a leading position in renewables.

Summary
Buoyed by a successful renewable electricity auction, Ireland’s coalition Government is laying the foundations for long-term growth of renewables with clear targets and governance structures. But addressing key sectoral challenges – such as grid capacity, planning consents and setting appropriate commercial rates – will now be crucial for the country to meet its ambitious green goals over the next decade and beyond.