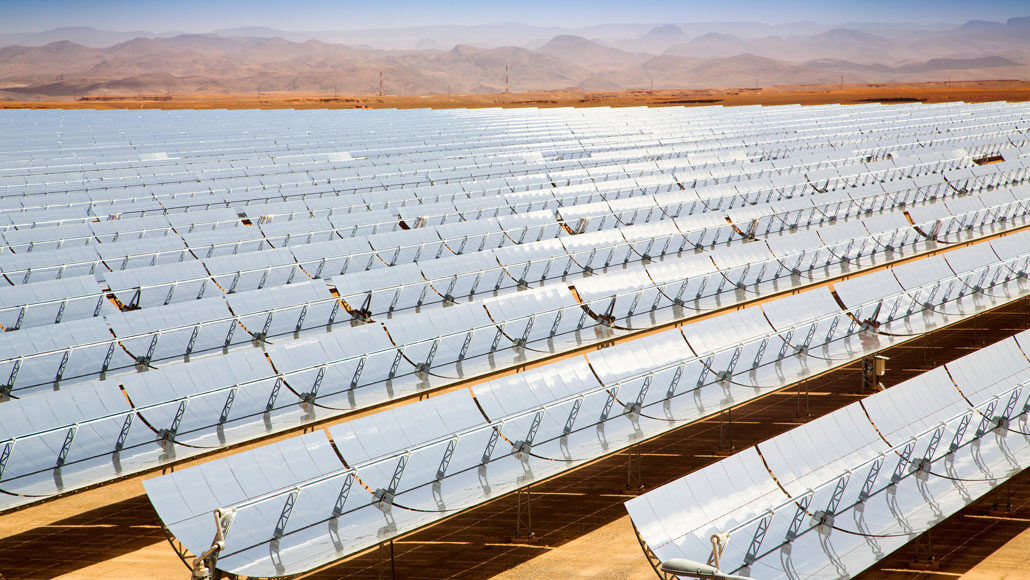 Africa’s electricity capacity is expected to double by 2030 — and with the rapidly dropping cost of renewable energy technologies, the continent might seem poised to go green. But a new analysis suggests that fossil fuels will still dominate Africa’s energy mix over the next decade.

The scientists used a machine learning approach that analyzes what characteristics, such as fuel type and financing, controlled the past successes and failures of power plants across the continent. Their findings suggest that renewable energy sources such as wind and solar power will make up less than 10 percent of Africa’s total electrical power generation by 2030, the team reports January 11 in Nature Energy.

In 2015, 195 nations pledged to reduce their fossil fuel emissions to limit global warming to “well below” 2 degrees Celsius by 2100. To achieve that goal, the world would have to reduce its emissions by 2.7 percent each year from 2020 to 2030 — but current pledges are nowhere near enough to achieve that target (SN: 11/26/19). And the energy demand from developing economies, including many on the African continent, is expected to increase dramatically by 2030 — possibly leading to even more fossil fuel emissions over the next decades.

However, the price of renewable energy technologies, particularly wind and solar energy, has rapidly dropped over the last few years. So many scientists and activists have said they hope that African countries might be able to take advantage of these technologies, leapfrogging past carbon-intensive coal or oil-based energy growth and straight into building renewable energy plants.

Whether that’s a realistic scenario hasn’t been clear, says Galina Alova, a sustainability scientist at the University of Oxford. There is a lot of uncertainty about how and why new and planned energy projects might succeed or fail on the continent, she says. “We wanted to understand whether Africa is actually heading in the direction of making that decisive leap, but we wanted to do it looking at the data.”

So Alova, along with Oxford sustainability scientists Philipp Trotter and Alex Money, amassed data on nearly 3,000 energy projects — both fossil-fuel based and renewable — that were commissioned over the last 20 years across Africa’s 54 countries. Those projects included both successful and failed energy plants. The data include a variety of characteristics for the different plants, such as how much energy a particular plant can produce, what type of fuel it uses, how well it’s connected to an energy grid, who owns the plant and how it’s financed.

Then, the team used a machine learning approach creating a computer algorithm to identify which of these characteristics were the best predictors of success in the past. Finally, the scientists analyzed the chances for success of almost 2,500 projects now in the pipeline, based on those features as well as on different country characteristics, such as the strength of the economy, population density and political stability.

Those country-level factors do matter, but they weren’t the biggest predictors of a project’s success, Trotter says. “We do see some truth to good governance, but project-level [factors have] been consistently more important.”

Those factors include the power plants’ size and whether the plants had public or private financing, for example. Smaller renewable energy plants tended to have a better chance of success than larger projects, as did plants with financing from large public funders, such as the World Bank, which are less likely to pull out in the face of delays or roadblocks. As for fuel type, there has been a recent uptick in the chances for success for solar energy in particular, the team found — but overall, oil and gas projects still have a much greater chance to succeed.

What this adds up to, the team found, is that by 2030, fossil fuels will still account for two-thirds of all energy generation on the continent. Renewable energy, particularly wind and solar, will account for less than 10 percent, with the remainder, about 18 percent of the power mix, coming primarily from hydro-electric power. 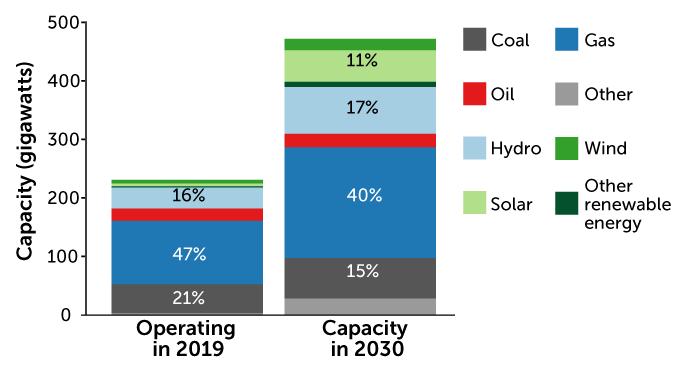 The findings were “both quite surprising and unsurprising to me,” says Wikus Kruger, a researcher in the African power sector at the University of Cape Town in South Africa who was not involved in the new study. The finding that project-level factors, particularly financing, are very significant tracks with research he and others have done, he says. But, he says, he is less convinced that the decreasing cost of renewables won’t be a bigger factor.

“We are seeing this massive disruption [to the energy market], in terms of costs of renewables. It’s just completely changed the way that planning is done. What’s exciting about this disruptive moment is that these smaller renewable energy projects are in conflict states that have historically struggled to get anything done,” Kruger says. “But these are smaller, more modular projects, and people are willing to put smaller amounts [of money] into projects that spread the risks out across a wide variety of countries.”

One other factor that could change the renewable energy outlook, Alova says, is if many of the fossil fuel plants now in the pipeline were to be canceled, what the team calls a “rapid decarbonization shock.” But that wouldn’t occur just due to a drop in the cost of renewable energy technologies alone.

African countries face a tricky challenge of how to balance socioeconomic development with sustainability. Increasing the share of renewable energy in Africa’s electricity mix “will not happen automatically by some invisible hand,” Trotter says. “It’s something that has to happen from the top, from African governments and the international development community.” The danger, he says, is that once a fossil fuel power plant enters production, it will stay in operation for 20 or 30 years, “so it’s really important not to be locked into these. What is clear from our dataset is that we have to act now; this is not something we can postpone any longer.”