New Delhi – Greater use of hydrogen for energy can considerably reduce CO2 emissions compared to today’s levels, says a study.

Deployed at scale, hydrogen could account for almost one-fifth of total final energy consumed by 2050.
This would reduce annual CO2 emissions by roughly six gigatons compared to today’s levels, and contribute roughly 20 per cent of the abatement required to limit global warming to two degrees Celsius.

The assessment has been done in a study released by the Hydrogen Council this week at Bonn which is the first ever globally quantified vision of the role of hydrogen.

Launched at the World Economic Forum in Davos in early 2017, the Hydrogen Council is a first-of-its-kind global CEO initiative to foster the role of hydrogen technologies in the global energy transition.

The coalition collectively represents total revenues of over € 1.
5 trillion and more than 2 million jobs around the world.

According to the Hydrogen Council study, there is a potential for hydrogen to power about 10 to 15 million cars and 500,000 trucks by 2030, with many uses in other sectors as well, such as industry processes and feedstocks, building heating and power, power generation and storage.

Overall, the study predicts that the annual demand for hydrogen could increase tenfold by 2050 to almost 80 EJ in 2050 meeting 18 per cent of total final energy demand in the 2050 two-degree scenario.

At a time when global populations are expected to grow by two billion people by 2050, hydrogen technologies have the potential to create opportunities for sustainable economic growth.

Achieving such scale would require substantial investments; approximately US$20 to 25 billion annually for a total of about US$280 billion until 2030.

Within the right regulatory framework – including long-term, stable coordination and incentive policies – the report considers that attracting these investments to scale the technology is feasible.
The world already invests more than US$1.
7 trillion in energy each year, including US$650 billion in oil and gas, US$300 billion in renewable electricity, and more than US$300 billion in the automotive industry. 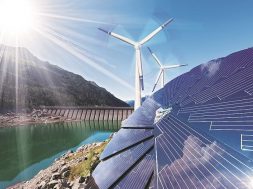