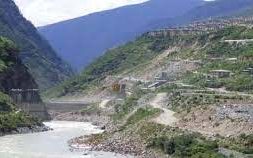 And there are studies that recommend Bhutan to look beyond hydropower.

The new reality is Covid-19. What is new is this: a pilot project to install solar power plant is part of Covid-19 response and recovery projects by United Nations Development Programme Bhutan. The project is funded by the Government of Japan. Department of Renewable Energy (DRE) and Bhutan Power Corporation are the key players.

In the next nine months, there would be 180-kilowatt(KW) solar power plant along with the 600KW wind farm at Rubesa in Wangdue. Phuntsho Namgyal, Director of DRE, said that it was not wise to depend on one source of energy and that there was a need for diversification to complement energy from the hydropower sector with renewable sources such as wind energy and solar energy.

The project aims to bring transformational changes in the socioeconomic development of the country by demonstrating the techno-economic feasibility of renewable energy technologies in the country. The experts say that it is also an opportunity to gain practical experience in planning, construction and operating solar farms.

Currently, solar energy is harnessed in a small scale. Households and villages that are off the grid, meaning they are not connected by transmission lines, are provided with solar panels.

The mandate of the Bhutanese government is to provide households with basic lighting. Places such as Lunana and the far-flung villages of Zhemgang and Dagana are provided with solar panel.

They are placed on the roof and the capacity of it is only 1-2KW, which can only light the house. Its maximum capacity can only charge a phone.

The solar power plant will be able to generate 263,000 units of energy per annum and that could benefit 90 households. The energy generated will be transmitted to the national grid. From the national grid, the household connected with transmission line would be able to harness the energy.

Phuntsho Namgyal said that it was a small project to test the feasibility of solar energy in Bhutan.

Windmill farm at Rubesa was first of its kind in Bhutan. The farm proved that harnessing wind energy was feasible in Bhutan, Phuntsho Namgyal said. “Similarly, we want to demonstrate that harnessing solar energy on a large scale would be feasible.”

Installation of three major renewable power plants in the near future—30-megawatt(MW) solar power plant at Shingkhar, Bumthang and 17MW at Sephu, Wangdue, and 23MW wind power plant at Gaselo, Wangdue are being negotiated with the Asian Development Bank.

With the advancement of technology, the cost of electricity from solar and wind was coming down globally, making harnessing renewable energies economically feasible, Phuntsho Namgyal said.

He said that unlike the hydropower, renewable energy would need less maintenance and was environmentally friendly.

In the long run, through renewable energy, it is expected that there would be excess electricity which could reduce Bhutan’s energy dependence on the neighbouring countries. 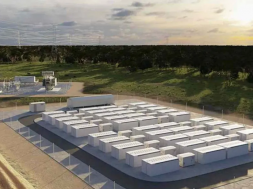