Mumbai: Investment banks hired by the board of Infrastructure Leasing and Financial Services Ltd (IL&FS) have started reaching out to potential investors to gauge their interest in the assets of the cash-strapped company, three people aware of the development said.

The board is also keen on inviting bids through a public announcement to maximize value for stakeholders.

Some of the investors who have been approached for the road assets of IL&FS Transportation Networks (ITNL), a unit of IL&FS, are Macquarie Infrastructure and Real Assets, Canada’s Brookfield Asset Management, Canada Pension Plan Investment Board and the Edelweiss Group, among others. JM Financial and Arpwood Capital have been hired as financial and transactional advisers for the asset sale, whereas Alvarez and Marsal has been appointed as restructuring adviser for the group.

“The bankers have started making soft calls to investors for the roads and renewable assets. They have recently approached Macquarie and Brookfield for the sale of road assets,” said one of the three people cited above, requesting anonymity. Mint could not ascertain the names of other investors who have been approached.

In October, the Union government seized control of IL&FS by ousting the board and appointing a new one, led by banker Uday Kotak. By then, IL&FS had accumulated a debt of more than ₹90,000 crore and defaulted on some short-term borrowings. Bulk of the debt of ₹36,000 crore is with ITNL, the road development subsidiary of IL&FS.

The asset sale process across various subsidiaries of IL&FS is likely to be a long-drawn process as the board is keen on “maximization of value” and is likely to follow a procedure for inviting and evaluating bids, similar to what is followed for a financially stressed company undergoing resolution proceedings. As every decision taken by the new board will face intense scrutiny from the government and public, it will want to tread carefully. “Given the mandate of the new board, the only logical thing to do is to call for bids,” the second person cited earlier said on condition of anonymity.

“A request for proposal will be published for all asset sales to ensure transparency and competitive bidding. The board will be evaluating multiple bids at the same time instead of conducting bilateral discussions,” said the third person on condition of anonymity. The person added that given the board’s decision to maximize value, the transactions might take longer to close.

Macquarie did not respond to emailed queries, while emails and calls to a spokesperson for Edelweiss went unanswered.

ITNL is looking to sell 14 of its 21 completed BOT (build, operate, transfer) road assets, particularly those with longer concession periods. Some of the major assets that are up for sale are the Chenani-Nashri tunnel in Jammu and Kashmir, the Hazaribagh-Ranchi four-lane highway in Jharkhand, the Ranchi Patratu Dam Road and the Ranchi Ring Road (both of which are part of the Jharkhand Road Projects Implementation Co. Ltd) and the Road Infrastructure Development Co. of Rajasthan.

IL&FS has its renewable assets housed under IL&FS Energy Ltd. It has a total of 775.2 megawatts of installed capacity in wind energy, with projects across India. Bloomberg reported on 17 November that state-run gas utility GAIL (India) Ltd might buy all of IL&FS’s wind assets.

The company is expected to invite expressions of interest (EoIs) this month for its education arm, IL&FS Education and Technology Services Ltd. It has already invited EoIs for two of its other businesses—IL&FS Securities Services Ltd and ISSL Settlement and Transaction Services Ltd. 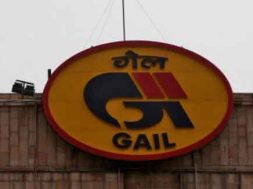