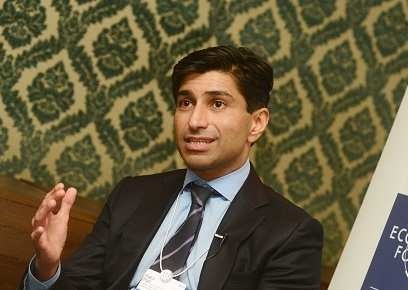 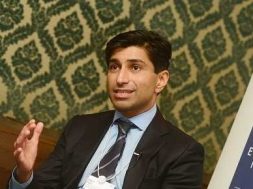 New Delhi: The Income Tax Department has attached Rs 254 crore worth of “benami” equity of Ratul Puri, which he is stated to have allegedly received from a suspect in the AgustaWestland VVIP chopper scam case via shell companies, officials said on Tuesday.

He is already under scanner of the tax department and the Enforcement Directorate on charges of tax evasion and money laundering.

Officials said a provisional order for attachment of the shares or non-cumulative compulsory convertible preference shares (CCPS) has been issued under section 24 (3) of the Prohibition of Benami Property Transactions Act by the Delhi-based office of the department.

The I-T department alleges that the investment of Rs 254 crore was generated through “over-invoicing of imports of solar panel’s by another group company, HEPCL, and was “facilitated through shell companies” of Dubai-based operator Rajiv Saxena, an accused in the AgustaWestland VVIP chopper scam case.

Saxena was deported from Dubai by Indian agencies in January. He is under arrest by the ED in the chopper scam case, while Ratul Puri is being questioned.

They said Ratul Puri is the beneficial owner of these benami equity shares and has been charged under the relevant law.

These alleged benami and illegal funds, officials alleged, were generated by using “third party remittances” received by Saxena on behalf of Ratul Puri and were routed back to India via a Mauritius-based shell or dummy company– Rigel Power Limited.

Further, they said quoting the order, the equity amount of Rs 254 crore introduced in Optima Infrastructure Pvt Ltd. was “immediately” transferred to another group company Unocon Infradevelopers Pvt Ltd., which in turn is holding investment of the group companies.

The department has attached investments in Unocon Infradevelopers too as part of the probe, they said. Benami properties are those in which the real beneficiary is not the one in whose name the property has been purchased.

Violators of the anti-benami law, enacted in 1988 but implemented from November 2016 by the Narendra Modi government, attract a rigorous imprisonment of up to seven years and fine up to 25 per cent of the fair market value of the property.

The Act allows for prosecution of the beneficial owner, the benamidar, the abettor and the inducer to benami transactions. It also says that the assets held benami after final prosecution are liable for confiscation by the government without payment of compensation.

The tax department had conducted raids on Ratul Puri and Deepak Puri’s companies and businesses in April this year during which the documents of these alleged illegal transactions were reportedly seized.

It had then said in a statement that a tax evasion of Rs 1,350 crore was detected after raids on Ratul Puri’s firm HPP.

The statement issued by the CBDT had said that the group (HPP) was operating through a maze of shell companies and indulged in bogus billings, over-invoicing of imports and round-tripping of funds.