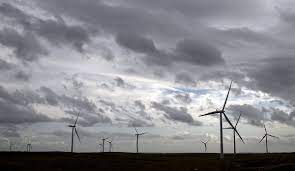 Iberdrola SA skipped an auction for new wind and solar energy capacity in Spain in the latest show of unease by the country’s largest utilities at government attempts to contain energy costs.

The company, one of the world’s biggest clean energy developers, didn’t take part in Tuesday’s sale process due to regulatory uncertainty that’s made it reconsider investments in Spanish renewable energy projects, an Iberdrola spokesperson said.

Spain staged the auction of 3.3 gigawatts of renewable capacity in the wake of a month-long tussle over steps by the government, including a windfall tax on utilities, aimed at easing the impact on consumers from surging European energy prices.

Iberdrola had warned the measures might discourage investment in the energy industry, while the Wind Energy Association said a fifth of wind farms would be negatively affected by them.

Endesa SA, the Spanish utility controlled by Enel SpA of Italy, also said earlier on Tuesday that it didn’t take part in the auction.

0
0   0
previous Returning to coal amid energy crunch would be climate 'tragedy' -EU
next Tax Credits Are Best Way for Congress to Aid Solar, Sunnova Says