IDFC Alternatives may club infra platforms into one firm

IDFC Alternatives may club infra platforms into one firm

IDFC Alternatives, the investment arm of IDFC, is planning to club its platform investments in the infrastructure space under one umbrella to ensure smooth exits for its investors

Mumbai: IDFC Alternatives, the investment arm of IDFC Ltd, is planning to club its platform investments in the infrastructure space under one umbrella to ensure smooth exits for its investors, two people close to the development said.

IDFC Alternatives will be the first fund to set up a company with a diversified business profile, which will include its platform investments in roads, renewables, logistics and telecom.

In contrast, some of the other infrastructure-focused funds are picking up controlling stakes in sector-specific platforms. Canadian asset manager Brookfield, for instance, has invested in Gammon Infrastructure Project Ltd’s road platform, while GIC Holdings Pte. Ltd has invested in the renewable energy platform of Greenko Energy Holdings.

“The idea is to club various investments made in the roads, renewable and tower companies, among others, under a single company which will be professionally managed. Once this is done, there will be two options for exit—selling the company to another large private equity (PE) firm or a strategic investor, and the other through listing,” one of the people mentioned above said, requesting anonymity. 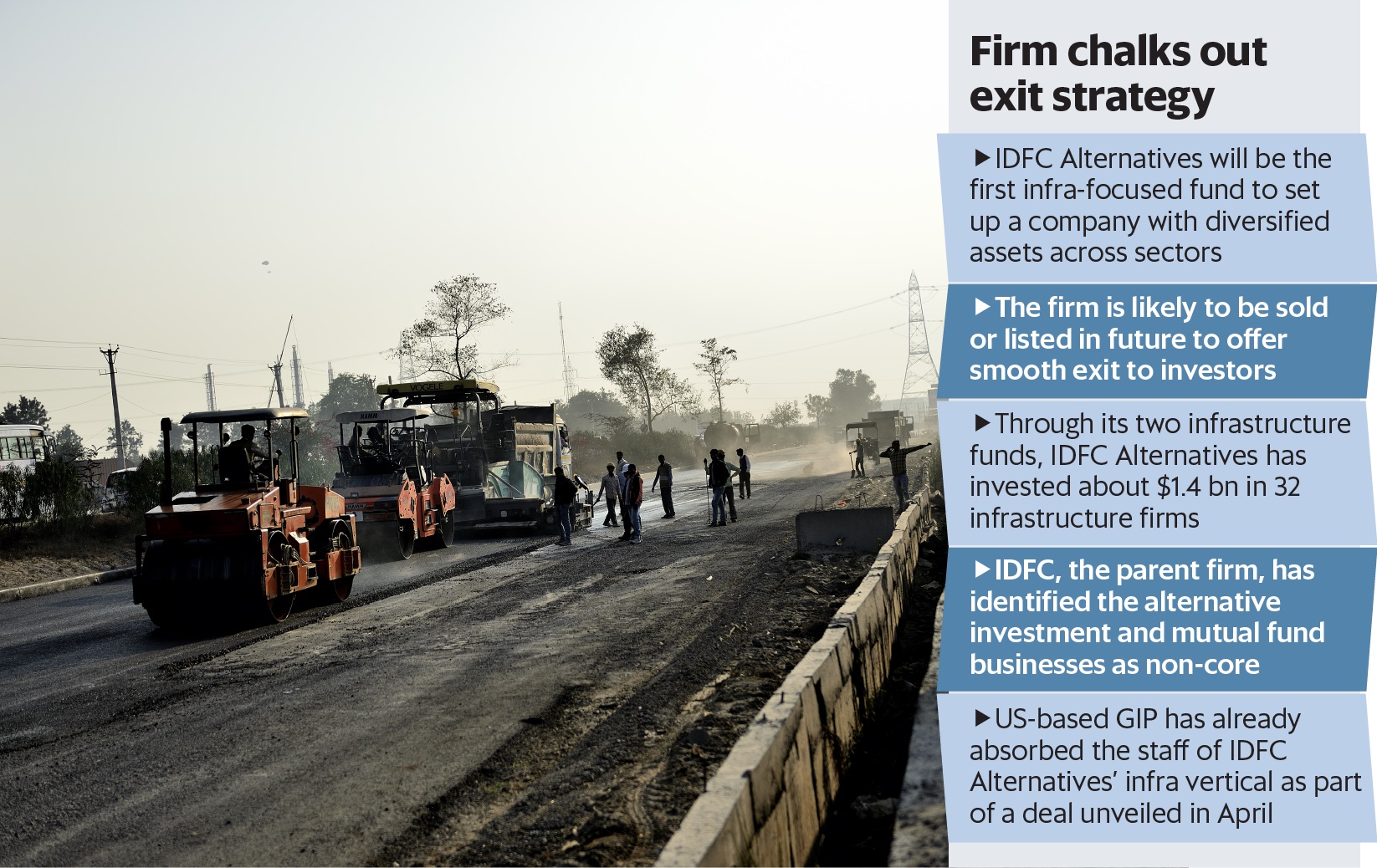 He added that setting up a separate vehicle with platform investments with majority ownership will allow for better control over governance, financing and, most importantly, exits.

“Clubbing of the various investments under one firm will ensure diversification of risk and reasonable returns to the potential investors,” said the second person, also requesting anonymity.

An IDFC Alternatives spokesperson declined to comment on the development.

The decision to set up a separate vehicle comes at a time when Global Infrastructure Partners (GIP) has already absorbed the management and employees of IDFC Alternatives’ infrastructure vertical as part of the deal announced in April. The US-based investment firm, however, has not taken exposure in the investments made by the PE firm.

On 28 April, IDFC, in an exchange announcement, had said that its step-down subsidiary, IDFC Alternatives, entered into a definitive agreement with GIP India, for the sale of its infrastructure asset management business. According to the agreement, GIP has agreed to absorb the management and employees.

The firm has been looking to provide smooth exit options to its investors so that they are not impacted by the sale of businesses, said that second person. Mint had reported on 8 June that IDFC Alternatives had brought in the UK’s CDC Group as an investor in its third PE fund to give an exit option to its limited partners, or investors. In a secondary deal, CDC has come in as an investor in the fund, replacing the investors who chose to exit the fund.

tags: IDFC Alternatives may club infra platforms into one firm
96
previous Petrobras may partner with Total on wind, solar power in Brazil
next NEXTracker Acquires Optimum Tracker Intellectual Property and Enters into Agreement for Market Expansion 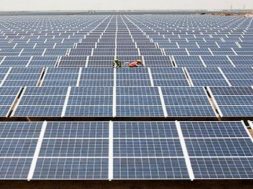