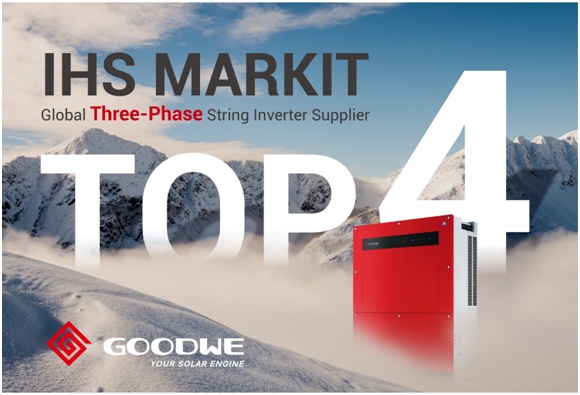 IHS: GoodWe jumps to the 4th position in the global ranking of three-phasestring inverters 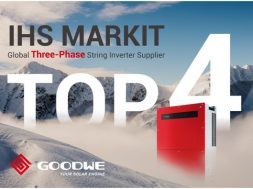 IHS: GoodWe jumps to the 4th position in the global ranking of three-phasestring inverters

GoodWe confirms why it is good investment for C & I projects

2018 was a brilliant year for GoodWe in the global market and this is now starting to be reflected on international rankings, where the position of the company has continued to move up, confirming the positive trends built over the years and heralding a bright future. The good news to share today is that according to the PV Inverter Market Tracker recently released by IHS,   GoodWe has become the world’s 4th largest supplier of three-phase inverters for use on Commercial and Industrial (C & I) applications.

Only five years ago GoodWe was not even on the Top 10 list but the growth has been consistent and thanks to our technological improvements and the contribution of our international teams, our sales of this kind of inverters have accelerated. Last year the company shipped more than 2GW of three-phase string inverters, allowing for a significant rise in the world ranking.

The expansion of GoodWe in this segment has been particularly visible acrosslarge strategic markets, such as India, where in just some few years the company has almost tripled its shipments. Other outstanding markets where the growth has been remarkable are Australia and the Netherlands, which are mature and sophisticated solar markets and the great giant of South America, Brazil, where we are witnessing an explosion in the market of DG, in which many C & I users are starting to look at GoodWe as a very competitive choice. Other markets of significant growth are Turkey, Mexico and Argentina.

In the Chinese domestic market, the GoodWe three-phase commercial inverters are also present in all kinds of projects: from installations to supply solar energy to urban tram systems, to solar parking lots all the way to farms, technological companies and poverty alleviation projects in which our inverters help to support communities, achieve savings and contribute to clean the environment.

At present the portfolio of GoodWe three-phase C & I inverters consists of our models SDT, SMT and MT. Since last year the company has launched the Second Generation of these inverters and it’s certain that the better technology and the new functionalitythat GoodWe offershave been an important part of the explanation of the successachieved domestically and overseas.Another important GoodWe improvement not to forget and that has also contributed to this success is the establishment of service teams that have helped the company to give assurance to our C & I customers and provide timely technical support.

The new and expanding strengths of the MT inverter include different power capacitiesthat range from 50 to 80KW, great efficiency, capability to fully operate at 50°Cand oversizing capabilitiesof up to 50%. The second generation has added compatibility with bifacial modules, string level monitoring and PLC communications, AFCI and a very long list of strengths. This inverter has become a sort of presentation card for GoodWe, having been successfully installed across large projects worldwide by international EPCs.

Being up on this international ranking attests to the trust that solar developers are putting on the GoodWe C & I solutions, but there’s something that investors love in our products: the extremely low startup voltage, manifested in the fact that they are capable of generating power at a very early stage and for longer hours. GoodWe is thus increasingly seen as good value for commercial projects and investors are realizing that purchasing GoodWe is a reliable and safe investment.

For many years GoodWe has only been seen as an important player in the residential sector.We have worked hard to expand our good reputation to the C & I market and this rise to the 4th position in theinternational ranking of the three-phase is a recognition that motivates us to keep improving. We believe that we are just getting started in this long race and we anticipate more good things to come, especially in the form of better products and more partnerships across the world.