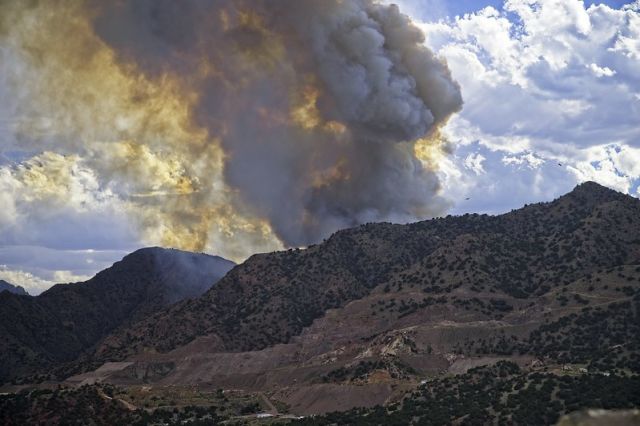 Communities across the United States are facing more intense and frequent extreme weather events, many exacerbated by climate change. Not all losses from these events are privately insured, and local, state and federal governments are often called upon to take up the slack. Governments also face the direct cost of repairing damaged or destroyed public infrastructure.

There are limits to what governments can do to assist the under- and uninsured, particularly now, as the COVID-19 pandemic and its economic impacts leave many state and local governments under intense fiscal stress. Meanwhile, the federal government, though much better resourced, will not always be able to provide sufficient financing quickly enough.

An Idea from Vulnerable Countries

For over a decade, governments in developing countries have experimented with the use of parametric insurance for natural disasters. Parametric policies pay out automatically when conditions, such as wind speed, rainfall or modeled economic losses, meet or exceed pre-agreed thresholds. Additionally, payout amounts are determined using pre-identified parameters rather than on-the-ground damage assessments. By avoiding time-consuming damage assessments, parametric policies can pay out much more quickly than ordinary insurance.

In developing countries, parametric insurance has provided fast liquidity to governments, allowing them to quickly kickstart relief efforts. During the devastating 2017 Atlantic hurricane season when Hurricanes Irma and Maria struck within two weeks of each other, the Caribbean regional risk pool, CCRIF, made payouts totaling $62 million to 10 Caribbean countries. Payouts to Dominica, Trinidad and Tobago, and Anguilla were used to install temporary bridges, assist farmers, and repair schools and hospitals.

Why Doesn’t the U.S. Do This More?

There are some limited examples of U.S. local government entities purchasing parametric insurance. For example, in 2018, Louisiana signed a three-year parametric policy for named storms with sustained winds of at least 80 miles per hour, and the Miami-Dade school district secured a similar policy. Communities along the Mississippi River have reportedly considered purchasing parametric coverage for floods.

But parametric insurance has yet to gain significant uptake in the U.S. public sector. Why not?

Cost is one barrier. Budgeting taxpayer dollars for premiums in exchange for uncertain future payouts can be a difficult sell politically — especially given current fiscal constraints and competing priorities for limited public resources. The expectation that the federal government will step in to help local governments rebuild after disasters can make it even harder to justify the cost of insurance premiums. Thus, reliance on federal disaster aid is a second important barrier to uptake. Why pay for private insurance, if the government will step in to cover all or most the losses?

A third barrier is that federal regulations on eligibility for disaster aid after major events are ambiguous. The Stafford Act and subsequent regulations require that recipients of federal aid, including FEMA Public Assistance for local governments, “obtain and maintain” insurance. Accordingly, any structure that receives federal aid needs to carry insurance to be eligible for such aid in the future. It’s not entirely clear whether parametric insurance fulfils this requirement. Since parametric policies typically offer extra funds after an event rather than insuring a particular asset (though this is not necessarily the case), the applicability of parametric to fulfil the “obtain and maintain” requirement is murky.

Finally, there are barriers that are not unique to the U.S. context. Parametric policies, by their nature, all bear some basis risk—that is, the risk that a payout from the insurance policy does not match the damage that the policyholder faces from a causal event. This can happen for various reasons. It can result from a misalignment between the government’s and policyholder’s expectations and the product’s parameters. There could also be issues with risk models that limit a selected parameter’s ability to correspond to economic and physical damages.

However, these challenges are not insurmountable. Under the right circumstances, they can be addressed, making parametric insurance a more attractive proposition for U.S. state and local governments:

Cheaper together. Issues related to the cost of parametric insurance could be partially addressed by pooling risks across locations. Pooling risks can drive down costs because the risk is spread out over a larger geography—the likelihood of a hurricane hitting two locations that are far from each other is lower, which drives down premiums. Developing country members of regional risk pools, like the African Risk Capacity and the CCRIF can secure coverage at rates much lower than would be possible on their own. There could be similar successful pools in the United States, perhaps for cities along the Mississippi River or for counties across the Gulf Coast.

Building awareness. Improving awareness of how parametric insurance payouts could complement resources from FEMA could help overcome the challenge associated with reliance on federal disaster aid. Unlike FEMA, which only reimburses certain types of costs, there are no restrictions on use of payouts from parametric insurance policies. Local governments could use payouts to cover costs FEMA will not, such as operational or maintenance costs or lost tax revenue. Payouts also arrive much more quickly than federal aid, which can take months or even years to arrive in full. Parametric insurance payouts could thus help bridge the gap until federal funding arrives.

Managing basis risk. There are also ways to actively manage the risk that payouts do not match actual damages on the ground (i.e., basis risk). Basis risk can be reduced and managed through more sophisticated catastrophe models that are better able to match modeled losses to actual losses. Another strategy is to not rely solely on the parametric policy, but to combine parametric insurance with other risk finance tools, such as traditional indemnity insurance and reallocations from public budgets.

Finally, the most important way to actively manage basis risk is to have clear communication between all the parties to ensure that the terms of the policy are transparent and aligned. There have been cases of parametric structures, like the World Bank’s Pandemic Emergency Financing Facility, which included a parametric insurance window, where the lack of clarity and communication regarding how exactly the entire risk financing structure worked led to dissatisfaction with the facility’s results. Extra care needs to be taken to ensure that the value of the insurance structure is communicated to the purchasing party and the public if the purchasing party is a governmental organization. Overcomplicating payout triggers to try to capture all scenarios can lead to complicated parametric structures that often do not perform according to expectations.

Linking resilience and insurance. Lastly, an exciting, novel idea would be to better link insurance and post-event payouts with pre-disaster resilience financing, including investments to make infrastructure more resilient to disaster impacts. One suggested model of this concept, put forward by the Regional Plan Association, proposes adding a surcharge to homeowners insurance premiums to fund investments in resilient infrastructure. Another proposes the development of “resilience bonds” or “resilience insurance,” under which insurers would agree to premium reductions as resilience investments are made that lower risk of loss; premium savings would then be bankable for resilience investments. These promising new models would require work to put into action.

The extreme weather events that climate science says are likely to become more intense and more frequent are already hitting the U.S. hard. In the first 10 months of 2020, the U.S. has already seen 16 disaster events with losses exceeding $1 billion. When these events occur, U.S. cities and states—many already facing strained budgets—are often left holding the bag. Parametric insurance is one tool that could help them manage the financial burden.