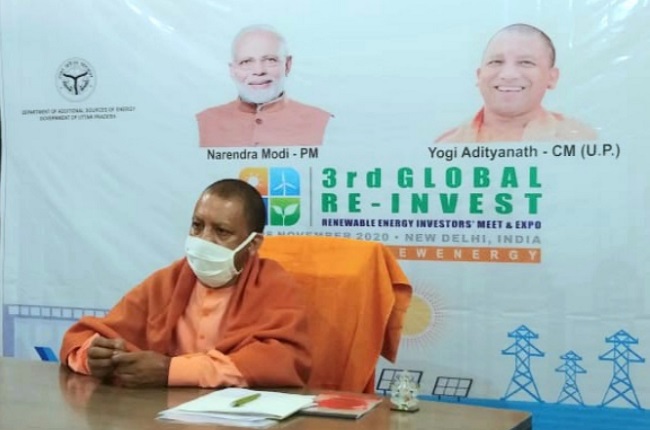 UPNEDA Director told media that under the solar rooftop programme, a total of Rs 2.77 crore has been transferred to the bank accounts of 1173 consumers, as state subsidy.

New Delhi: Uttar Pradesh government is pushing hard to facilitate the penetration and promotion of solar power in the state. UP Solar Energy Polciy-2017 has been promulgated in this regard.

Under the policy, UP New and Renewable Energy Development Authority (UPNEDA) has transferred the state subsidy of Rs 20.69 lakh to the bank accounts of 69 consumers of domestic domain under the Solar Rooftop Programme Phase-2.

UPNEDA Director told media that under the programme, total amount of Rs. 02.77 crore as state subsidy has been transferred to the bank accounts of 1173 consumers.

He said that to promote solar energy, consumers will be made available better electricity supply at less cost.

Under the policy, apart from central subsidy, provision has been made to give state subsidy to the domestic consumers of solar rooftop at the rate of Rs. 15,000 per KW and maximum subsidy of Rs 30,000.

Last year, an ambitious project envisioned by Uttar Pradesh govt got Centre’s nod. The 4800 crore project will be implemented in the Jalaun district of Uttar Pradesh with a production capacity of 1200 MW.

The project will come up in Bundelkhand region of the state and will be a joint venture between UPNEDA, NHPC and Tehri Hydro Development Corporation of India (THDCIL).