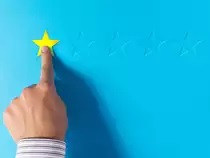 The rating watch negative reflects the uncertainty regarding the refinancing/rollover of SWSL’s short-term loans worth around Rs 1,180 crore.

Mumbai: India Ratings and Research has placed Sterling and Wilson Solar’s (SWSL) long-term issuer rating of ‘IND AA-’ on rating ‘watch negative’ from ‘stable’, the company said in an exchange filing on Tuesday.

The rating watch negative reflects the uncertainty regarding the refinancing/rollover of SWSL’s short-term loans worth around Rs 1,180 crore maturing over the remainder of November 2019 until January 2020, the ratings agency said in a release on Monday.

Separately on Tuesday, the ratings agency also downgraded SWPL’s long-term issuer rating to ‘IND A’ from ‘IND A+’, and placed the ratings on negative watch.

“The downgrade reflects the agency’s expectation that SWPL’s net leverage will remain above the erstwhile negative guideline of 2.5x on account of continued Ebitda (Earnings before interest, tax, depreciation and amortization) losses at consolidated level,” India Ratings said in a release on Tuesday.

“Against Ind-Ra’s previous expectation of SWPL’s Ebitda turning positive in FY19, the company continued to report negative Ebitda in FY19 and 1HFY20 at consolidated level. Thus, the deleveraging is now expected to take longer than previously envisaged,” the ratings agency added.