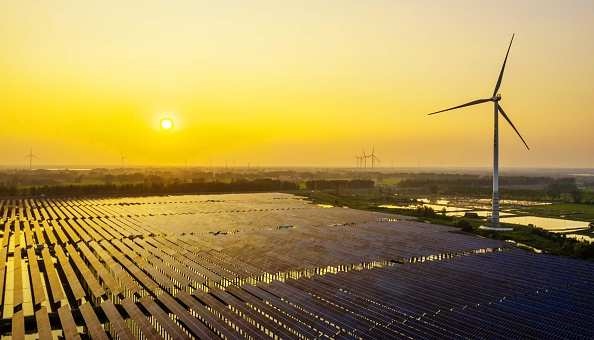 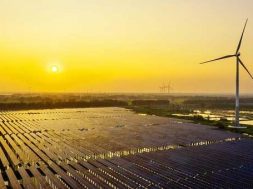 With an investment of $90 billion in renewables, India leads the list of developing countries in the list of top 20 countries

New Delhi: India has so far committed a mammoth $90 billion investment in the renewable energy sector and is fast emerging as a leading investor for green energy projects, according to United Nations Environment Programme (UNEP).

“India is an increasingly important investor in renewables, and had committed $90 billion by the end of the first half of this year,” the United Nations programme said in a report.

The report “Global Trends in Renewable Energy Investment 2019” highlights a ranking of countries, including India, based on their renewable energy investments between 2010 and the first half of 2019.

China remains the top country by far in terms of the sums invested in renewables capacity during the current decade, committing $758 billion between 2010 and the first half of 2019, with the U.S. second with $356 billion and Japan third with $202 billion. 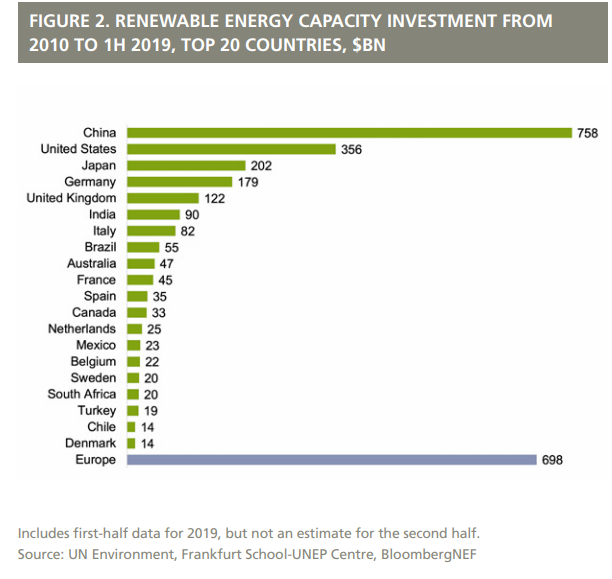 The report points at the capital costs attributed to some of the largest projects financed in 2018 to highlight the highly competitive nature of the Indian solar market. This included the NLC Tangedco photovoltaic (PV) plant and Adani Karnataka portfolio.

The report also noted that auctions in 2017 and 2018 delivered highly competitive tariffs for wind projects in Gujarat and Tamil Nadu, and the commissioning of these from 2019 onward is expected to expand the market to 5-6 GW annually. India is starting to emerge as an offshore wind market, with the government eyeing up to 1 GW of projects along the coast of Gujarat.

However, the study pointed out investors are waiting for more clarity on the power offtake mechanism, the amount of subsidy, and the conditions for site permissions. Renewable energy deals for 2.1 GW of capacity were signed in the Asia Pacific region (mainly India and Australia) in 2018.

On corporate transactions, the report found that around $15.7 billion were exchanged in corporate Mergers and Acquisitions (M&A) deals in 2018, which was 18 per cent more than the previous year. “The top three deals – each of which broke through the $1 billion mark – saw buyers targeting entities in the three very different markets of Spain, India and Brazil,” it said.