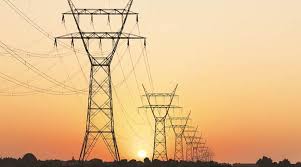 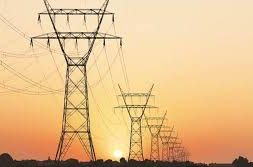 1.1 The Electricity Act, 2003 (the “Electricity Act“) was enacted to consolidate the electricity laws in India. While the Electricity Act facilitated significant private investments, market development, and adoption of transparent tariff mechanism etc., the power sector has been facing various developmental hurdles for some time. Consequently, to address various issues which have been highlighted by the industry and to further reform the power sector, the Ministry of Power (“MoP“), Government of India, released the draft Electricity (Amendment) Bill, 2020 (the “Amendment Bill“) on April 17, 2020 to amend the Electricity Act. The MoP has requested the stakeholders to provide their comments and suggestions on the Amendment Bill within 21 (twenty one) days from the date of release of the Amendment Bill (i.e. by or before 8 May, 2020).

A summary of the key proposed amendments is set out below.

The Amendment Bill proposes that the Central Government (in consultation with the State Government) will prepare and notify, from time to time, a National Renewable Energy Policy (“NRE Policy“). The formulation and notification of the NRE Policy is intended to promote the generation of electricity from renewable sources of energy. The Amendment Bill proposed a minimum fixed percentage (as prescribed by the Central Government) of electricity from renewable and hydro sources of energy should be purchased – specifically, the proposed amendment to Section 86(1) (e) of the Electricity Act makes it mandatory for State Commissions to follow directions given in NRE Policy for prescribing a minimum percentage of purchase of electricity from renewable and hydro sources of energy. Further, as hydro power has been recognised as the renewable source of energy, the Amendment Bill further proposes to expand the scope of renewable power purchase obligations to include hydro sources.

In respect of the retail tariff, the Amendment Bill seeks to ensure that such retail tariff is determined by the Appropriate Commission to reflect the actual cost or fair cost of the power which is to be supplied in order to ensure financial health of the distribution companies. In order to achieve this, the Amendment Bill provides that the Appropriate Commission should set the tariff for the retail sale of electricity without accounting for any subsidy, which, if any, under Section 65 of the Electricity Act, should be provided by the relevant government directly to the consumer. As per the Amendment Bill, it is proposed that the tariff should reflect the cost of the supply of electricity and reduces the cross-subsidies levied in the manner provided under the tariff policy.

2.5 The Distribution sub- licensee and Franchisee:

The Amendment Bill proposes that distribution licensees, with the permission of the relevant State Commission, can recognise and authorise a person as “distribution sub-licensee” (distinct from the “franchisee” model already available under the Electricity Act) to distribute electricity on its behalf in a particular area within its area of supply – however, the original distribution licensee will remain the licensee and will ultimately be responsible for ensuring the quality of the distribution of electricity in its area of supply. It is also proposed that such distribution sub-licensee is not required to obtain a separate license under Section 14 of the Electricity Act from the relevant State Commission.

The content of this article is intended to provide a general guide to the subject matter. Specialist advice should be sought about your specific circumstances.

0
previous Adani Power reports Rs 1,312 cr loss in Q4; FY20 loss widens to Rs 2.2k cr
next Renewable is as good as an IT industry for India