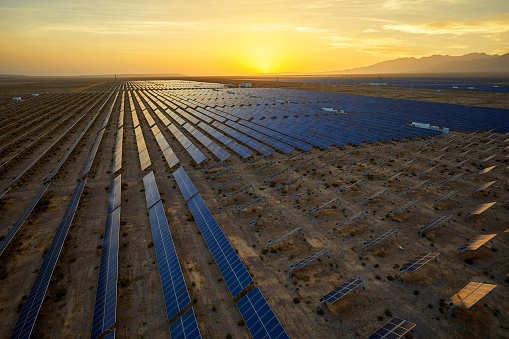 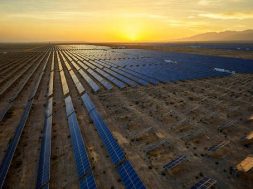 New Delhi: India is looking at a mammoth $500 billion worth of investment in creating renewable energy generation capacity with tendering of 500 Gigawatt (Gw) by 2028 in addition to $250 billion investment in grid expansion and modernisation required for uptake of green energy capacity, according to the Institute of Energy Economics and Financial Analysis (IEEFA).

The global think-tank said in a special report the long-term outlook is favourable for renewable energy in India as the country saw a dramatic decline in the wholesale electricity tariffs from solar and wind generation sources in 2017-18 with capacity consistently awarded at sub-Rs3 per unit through reverse bidding auctions.

“With zero indexation on these tariffs, renewables have broken through grid parity and have continued to increasingly capture the market share as the new low cost source of capacity since 2017,” the report said, adding technology and price-based fundamentals will continue to strengthen the upward trajectory of the renewable energy industry.

Provided the 37 GW of tendered capacity is awarded in the next six to nine months, it will mandate developers to commission this capacity before March 2022. In general, the deadline for commissioning solar and wind power projects is 24 months.

India exited the last financial year (2018-19) with 22.5 GW of renewable capacity auctions awarded but yet to be built. Of this, 21.6 GW was awarded at below Rs3 per unit with zero indexation for 25 years – locking in real electricity sector deflation for decades to come. In the last quarter of the year alone 32 GW of new tenders were announced.

The report said India added 1.6 GW of rooftop solar capacity in calendar year 2018, a growth of 68 per cent in new installation compared to 2017. India’s rooftop capacity has been growing at a CAGR of 90 per cent over the past six years. While sustaining a near-doubling of annual capacity installs will be difficult, ongoing market expansion could mean another 9 GW of rooftop solar installs till FY2022, taking cumulative capacity to 12.9 GW.

“Given the existing wind and solar tenders’ trajectory and other renewable sources of Biomass and run-of-river (RoR), IEEFA forecasts India is set to reach 144 GW renewable energy capacity by FY2022, not too far short of the aspirational 175 GW target set back in 2015. This also would put India on a run-rate to exceed its 275 GW target for 2027,” the report said.

The country added total power generation capacity of around 12 GW last financial year. This included net new thermal capacity of 3.4 MW – 5.8 Gw of new coal-fired capacity addition with closure of 2.4 Gw — the lowest thermal power plant addition in a decade. New on-grid capacity additions in renewable energy stood at 8.6 GW including 6.5 GW of solar, 1.6 GW of wind and 0.5 GW from other sources in 2018-19. In addition, around 1.6 GW of behind-the-meter rooftop solar capacity was also added during calendar year 2018, up 68 per cent year-on-year, a highlight for the electricity sector.