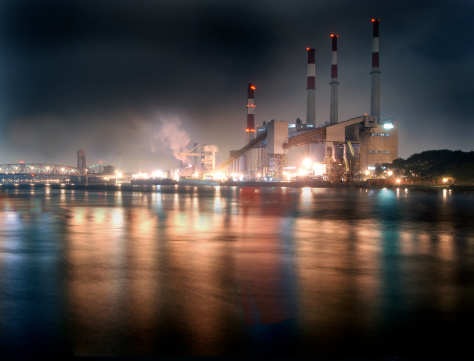 Besides, there is a need for continued efforts to de-risk and encourage private sector investment in low-carbon technologies, it said in a report

Besides, there is a need for continued efforts to de-risk and encourage private sector investment in low-carbon technologies, it said in a report titled ‘Shades of Green: Reflections on COP25.’

The 25th Conference of the Parties (COP) — the annual meeting of the signatories to UN Framework Convention on Climate Change (UNFCCC) — concluded recently at in Madrid in Spain.

While signatories deferred the decision on the emissions trading system, they re-emphasised the need for enhanced emission reduction targets from all countries.

For the retroactive credits, a suitable cut-off may be decided upon review of the vintage of the available credits in the market vis-a-vis the Nationally Determined Contribution (NDC) commitment period.

However, going by past experience, market regulations need to be stringent enough to ensure good quality credits and prevent market saturation. Quality of credits may be ensured based on the principles of additionality and sustainable development.

India has so far experimented with different mechanisms such as carbon tax, perform achieve and trade scheme besides the renewable energy certificates. None of these yielded the desired results.

“The existing mechanisms and inherent challenges may be critically reviewed and a cross-sectoral trading mechanism may be developed in which private sector companies that are interested in investing in clean energy, climate-smart agriculture and waste to energy may participate effectively,” said the report.

Indian companies (barring a few service sector companies) have not yet started identifying climate change risks and acting upon them. A policy instrument is required that will prompt private sector companies to start disclosing as per the Task Force on Climate-related Financial Disclosures (TCFD).

One such instrument can be the inclusion of TCFD recommendations in the Securities and Exchange Board of India (SEBI) guidelines for business responsibility reports, said PwC.

In all likelihood, said PwC, Article 6 will not allow Clean Development Mechanism (CDM) credits to be transferred under the Paris Agreement regime. In such a scenario, India will stand to lose around 400 million accrued credits under CDM till 2020.

This will have significant financial implications on the country’s private sector, which invested heavily in the implementation of CDM projects in India.

In the post-2012 era, prices of Indian credits have gone down significantly, but private sector players have been able to recover their costs by transacting in the compliance and the voluntary markets even if that may not have generated revenues.

Now if the credits suddenly lose their values that may cause a setback. More importantly, in such a scenario, the private sector will lose faith in market mechanisms, said PwC.

India, China and Brazil have maintained their stand that the developed nations need to take up responsibility for shortfall in their targets in the pre-2020 era and bridge the gap by setting more ambitious targets.

The Paris Agreement aims to limit global warming to less than two degrees celsius (maximum limit) and aspires to curb the rise in temperature to 1.5 degrees celsius.

Under the pact, each country voluntarily determines its own contribution to reducing emissions in order to mitigate global warming by disclosing its plans and regularly reporting progress on execution of the plans.