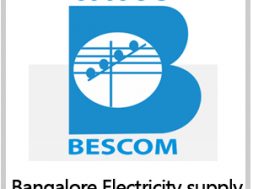 Ind-Ra-Chennai: Proposed amendments in Electricity Rules 2005 relating to group captive plants have the potential to reduce the flexibility and competitive advantages enjoyed by the renewable energy players operating under the group captive model, says India Ratings and Research (Ind-Ra). The recommended compulsory equity contribution clause will add to the cash flow pressure on captive users and the recovery of equity investments would be protracted depending on the savings on the power bill.

Also, the opportunity cost of capital investments would be weighed by captive users before deployment. In the current regime, the savings on power bill benefit the users from the time of power drawal without major capital investments. The draft amendment notified on 22 May 2018, if implemented, will lead to renewable group captive companies (RE-GCCs) struggling to sign strong power purchase agreements (PPAs; with meaningful termination and event of default clauses), find ways to manage consumers’ 26% ownership in them and customer retention at the cost of profitability.

Ind-Ra believes that the proposed regulations are in the context of new projects in the group captive model, which are essentially selling in the short/medium-term mode. India’s power supply capacity is more than sufficient to meet the demand, apparent from the plant load factors of thermal power plants remaining at about 60%.

The average realisations of RE-GCCs were in the range of INR4.5-6/kWh over FY16-FY18, depending on the location and capacity for sale. The customers save about INR0.5-0.75/kWh when purchasing from RE-GCCs.

Conventional group captive plants (Con-GCCs, involving thermal, diesel generation plants) are generally owned by a customer or by any group company of the customer. Majority of Con-GCCs are likely to remain unaffected, if the draft amendment is implemented.

Stringent Rules on Equity Ownership: Consumers need to own a minimum 26% of shareholding in RE-GCCs in proportion to the electricity consumed. The proposed amendment mandates captive consumers to hold at least 26% of the equity base of 30% of the capital employed in the form of equity share capital with voting rights (excluding preference/equity share capital with differential voting rights). Existing rules for recognising a group captive company involves ownership accounted by way of number of shares and this has generally been achieved by RE-GCCs by issuing another class of shares/through shallow equity investments with limited voting rights. The requirement for bringing in the equity in proportion of project cost/capital employed will be onerous as it involves a high upfront commitment. Also, agreements with consumers may become complex as the rights of RE-GCCs (including dividend, board representation, etc) as effective shareholders need to be addressed. According to Ind-Ra’s calculations, equity investments by customers could be recovered in two years if a saving of INR1/kWh is offered by GCCs under the assumptions that plant load factor is 20% and capital cost is INR55 million/MW and customers invest 26% of the equity base.

It remains to be seen how certain existing captive generating plant (CGP) which are already commissioned, with alternate structures on capitalisation, where project capital and equity have been already deployed, will rework their equity and shareholding structure by the time the draft amendment is implemented.

Limit on Number of Changes in Ownership by Consumers is Highly Restrictive: Ind-Ra has observed that customers of RE-GCCs change year on year, as the industry is quite competitive and the customers have options among RE-GCCs and they can also switch back to the distribution utility. RE-GCCs need to manage the churn in customers and change in demand among the customers. However, the draft amendment stipulates that if the share holding pattern among the shareholding held by customers changes more than twice a year, then group captive status will stand revoked from the date of third change till the end of the year. Further, without the group captive status, benefits such as banking, waiver of cross-subsidy and additional surcharge may fall off. If RE-GCCs need to find consumers who can be retained for long, then pricing may need to be highly competitive.

Increase in Allowed Variation in Consumption is Positive: Customers need to consume not less than 51% of the electricity generated, determined on an annual basis, in proportion to their share in the ownership of a power plant within a variation not exceeding 10%, according to existing rules. The draft amendment proposes a variation of 15%, which gives RE-GCC the ability to manage the sale of energy among various consumers. According to the amendment, the leeway for variation may be up to 30% for renewable plants, with approval of state government and electricity regulatory commission. If the proportion of consumption is not complied with, captive status may be lost and the benefit for all customers will be affected. For RE-GCCs, banked power that is redeemed for consumption for use by captive users will be included to determine the aggregate electricity consumption on an annual basis. The banked energy can be redeemed within the same financial year.

Conversion  from IPP to CGP: The proposed amendments specifies that any generating station setup as an independent power project (IPP) shall not be considered for benefits of a CGP except under certain limited circumstances such as not availing any IPP benefits, lack of long-term PPAs etc. The draft amendments provide that the appropriate regulatory commission shall certify a power plant as a CGP, based on its annual statement of generation and consumption and other such details. However, it is not clear if power plants initially set up as IPPs, but later converted to CGPs (before notification of the amendments) will be considered as a CGP under the new rules unless specifically permitted by the appropriate commission.

Tamil Nadu and Karnataka have a significant amount of RE-GCCs contributed by industries setting up their own wind turbines and even private players favouring these two states for setting up capacity under the RE-GCC model. Tamil Nadu, which has 70% of the wind capacity (5,500MW) operating in GCC model, might have to restructure their share-holding pattern before, if the rules are implemented.

ALL CREDIT RATINGS ASSIGNED BY INDIA RATINGS ARE SUBJECT TO CERTAIN LIMITATIONS AND DISCLAIMERS. PLEASE READ THESE LIMITATIONS AND DISCLAIMERS BY FOLLOWING THIS LINK: HTTPS://WWW.INDIARATINGS.CO.IN/RATING-DEFINITIONS. IN ADDITION, RATING DEFINITIONS AND THE TERMS OF USE OF SUCH RATINGS ARE AVAILABLE ON THE AGENCY’S PUBLIC WEBSITE WWW.INDIARATINGS.CO.IN. PUBLISHED RATINGS, CRITERIA, AND METHODOLOGIES ARE AVAILABLE FROM THIS SITE AT ALL TIMES. INDIA RATINGS’ CODE OF CONDUCT, CONFIDENTIALITY, CONFLICTS OF INTEREST, AFFILIATE FIREWALL, COMPLIANCE, AND OTHER RELEVANT POLICIES AND PROCEDURES ARE ALSO AVAILABLE FROM THE CODE OF CONDUCT SECTION OF THIS SITE.​