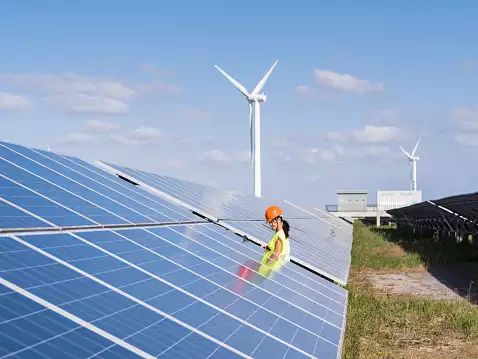 Washington : India’s Ambassador to the US Taranjit Singh Sandhu had a virtual meeting with Kansas Governor Laura Kelly, during which they held discussions over renewable energy, agricultural trade and educational partnerships.

The discussion was on “expanding India’s ties with the state,” Sandhu said in a tweet.

“Discussed renewable energy, agricultural trade, educational partnerships and the strength of the diaspora in the region,” he said after the virtual meeting.

India has a strong relationship with Kansas. India’s exports to Kansas stand at USD 122.8 million and imports at USD 81.5 million.

Two Indian companies, Cambridge Technology Enterprises and VVF, have a presence in Kansas.

Garmin, a Kansas-based GPS technology company, has a presence in India, along with Black and Veatch, a construction/infrastructure company and Se2, a service provider in the insurance industry.

The 32nd biggest economy in the US with a GDP of USD155.9 billion, Kansas is primarily an agricultural state, with nearly 90 per cent of its land devoted to it. Kansas follows only Texas and Montana in total agricultural acreage. It is the US “wheat grower”, also known as “breadbasket of the US”.

Also a leading producer of sorghum and corn, soybeans and sunflowers are also major crops there.

Cattle and calves, however, constitute the single most valuable agricultural commodity.

The two leading industries are related to transportation equipment and computer machinery.

Wichita is a centre of the aircraft industry, producing chiefly private planes. The state is a major producer of crude petroleum and has large reserves of natural gas and helium.