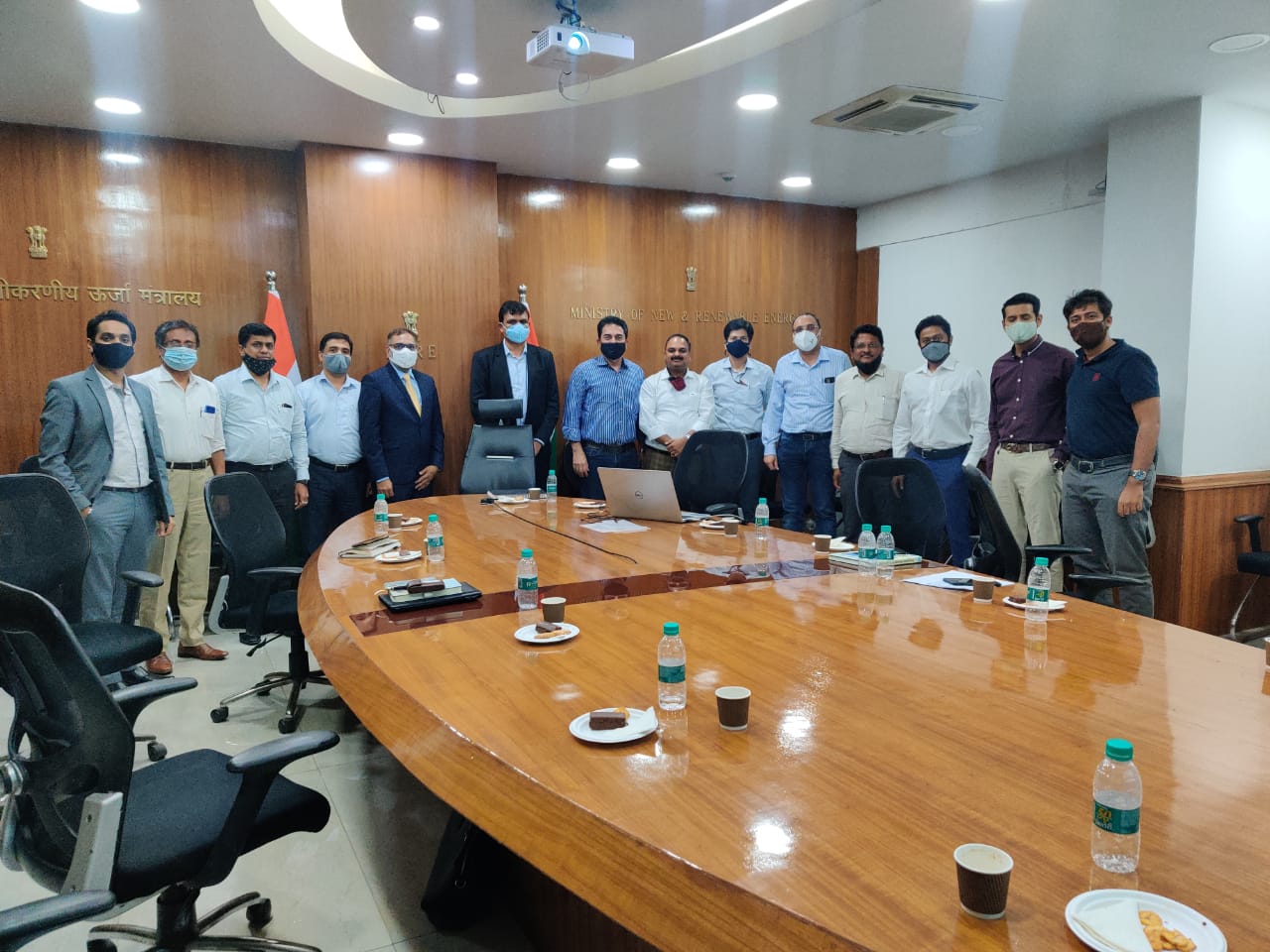 There is no announcement on what is going to happen between August to March. So, there is no import duty from August 2021 to March 2022 and domestic solar manufacturers have expressed concern regarding this gap period.

Manish Gupta- Director at Insolation Energy informed that a joint meeting of NIMMA, AISIA and ISMA was conducted with Amitesh Kumar Sinha, Joint Secretary, MNRE. The extension of safeguard duty or implementation of ALMM on all government schemes is not happening. On persistent requests, the Joint Secretary has agreed to look into extending the scope of ALMM to cover Government or Non-Government tenders, including Net Metering, Gross Metering and Open Access Schemes.

“Further many members of NIMMA, ISMA and AISIA are already in Delhi and are trying to meet Mr R K Singh, Honourable Minister MNRE to highlight issues faced by the domestic manufacturers in the absence of Safeguard or Anti-Dumping Duty,” said Manish Gupta.

“The period will have a crippling effect on domestic manufacturers, which may also lead to the shutdown of units in India, putting 200,000 jobs at stake in the sector,” as per a statement from All India Solar Industries Association (AISIA).

Domestic Manufacturers are concerned that during this time the imports from China will be enormous and all local manufacturing would shut down for almost a year. At present, the sector provides direct employment of more than 2 lakh, and indirect employment is ten times.

This gap period might create unemployment and financial issues. Since the duties imposed on raw materials has not changed, it will lead to huge cost differences for domestically produced solar modules.

Speaking to EQ on the impact on Indian manufacturers, Vineet Mittal, Founder, Navitas Green Solutions, said, “In this window of nine months, there will be imports for two years. People will keep on importing to avoid duty. They will stock up for two years. People who are manufacturing in India will have to close the doors. All the module manufacturers within India would be directly affected because they will not be able to compete with the cheap imports from China.

“The reason being, one is the raw material that has a duty in imports and finished good will not have any duties. So, that will be a big difference in duty structure. Second is the overall Chinese positives against the native makers in India. If the government doesn’t restrict their inputs, Indian manufacturing cannot survive. This is not only true for solar but, this is also across the board for all the industry,” he added.

Suggesting the possible solutions, he said that there has to be some form of duty in this. “Either SDG can be extended till the implementation of BCD, preliminary duties can be implemented till the antidumping investigation is still going on, or there can be a provisional BCD of 20 per cent which is already announced in the Budget but not yet implemented. These three options will help for immediate relief. Next year’s BCD implementation also needs to be done immediately,” said Vineet Mittal.

For immediate respite, the association representing domestic solar manufacturers, AISIA suggested that the government could implement Approved List of Models and Manufacturers (ALMM) through DISCOM provisions, advance BCD or impose provisional anti-dumping duty during the gap period to help the sector. Manufacturing of solar modules or panels in India has more than 11 GW capacity and 10 GW is expected to add in the next six months.