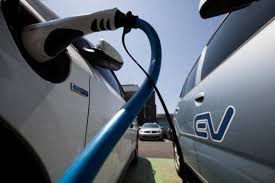 SSV Ramakumar, Director (R&D) at IOC told Financial Express that the company has initiated discussions with the original equipment manufacturers (OEMs) in the Indian automotive sector.

State-run Indian Oil Corporation (IOC) is planning to launch first-of-its-kind aluminium-air batteries that are potentially a more cost-effective alternative to lithium-ion batteries for use in electric vehicles (EV) and stationary applications. The idea is to manufacture these barriers in sites closer to demand centres such as Chennai or Pune. IOC bought a minority stake in Israel-based startup Phinergy that specialises in aluminium-air and zinc-air battery systems in February. SSV Ramakumar, Director (R&D) at IOC told Financial Express that the company has initiated discussions with the original equipment manufacturers (OEMs) in the Indian automotive sector. Test runs can be done either in India or they can be taken to Israel to run on the prototypes prepared by the Israeli company. “The aluminium-air batteries are expected to reduce the cost and their adoption by the EV and other industries in the country,” said Ramakumar.

There is no mechanical electric charging or replacement required for Aluminium batteries. “It is just the replacement of Aluminium metallic plate in the battery that exhausts over time to liquid to form Aluminium Trihydroxide, from which the aluminium can be reclaimed. The Trihydroxide also has other industrial applications and is directly traded or sold in the market,” claims Ramakumar. The government as part of its target to reduce greenhouse gas emissions and reduce the impact of vehicular pollution wants to shift the conventional fuel-driven passenger vehicles into EVs by 2030. At present India imports 100% of its EV and other Lithium-ion based batteries from abroad.